KrisAnne Hall has proven her knowledge and worth to thousands of Patriots around the country. She is a trained Constitutional Attorney and scholar. She travels the country at no charge to teach citizens what their rights are.

But, in so doing, she tends to upset the Lefty Liberals, and the New World Order (NWO) Freakazoids. You know the type – they believe they are all powerful and are always above the law.

Guess what? They keep trying but she continues to hand their ignorance to them on a platter.

Here is another example of an ignorant elected official that believes the US Constitution (Yes, the one he swore an Oath to uphold) is not based in reality.

Rep Tim Walberg (R-Michigan) is a former pastor and has been a US Congressman since 2011. You would think that at some point in the last five years he would have at least attempted to read the US Constitution.

Additionally, he seems not to have learned his seminary lessons too well, either. The founding documents are based on Christian teachings. This country was founded as a Christian nation, yet this former pastor and US Congressman says that following the Constitution is an unattainable “perfection” that doesn’t equate to “reality.”

Really? Don’t bother trying? It is a fantasy to want to follow the Constitution? Wow, I think someone should mention this to his constituents.

He says that they (Congress) have the authority to fund anything they want. It does not matter if it is UNconstitutional or IMmoral. They can do what they want!

Tim Walberg personifies the elitist attitude in Washington. This is the perfect example of government run amok. He does not care about the Supreme Law of the Land. He finds it unrealistic.

If you would like to voice your opinion to this waste-of-a-vote, here is his information: 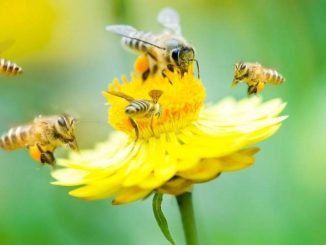 10 Comments on Tim Walberg Takes on KrisAnne Hall and LOSES