John Adams, Where It All Begins

The State of The Union (SOTU) Address by the President is coming up soon. In the past this address by the various Presidents has been pretty much an opportunity for the current President to tell everyone how great the nation is doing due to his superb leadership. These SOTU addresses dealt mainly with the political agenda of the current President, but have never touched on the underlying “Moral State of The Union”, the one that reveals the true status of our nation.

John Adams, the 2nd President of this nation in his message to the Officers of the First Brigade of the Third Division of the Militia of Massachusetts, and his 1776 letter to Mercy Warren he made some very accurate and prophetic statements based on his intimate knowledge (as a  “co-designer”) of the constitution,  that are now coming to fruition. They are as follows:

Officers of the First Brigade
“Gentleman,
While our country remains untainted with the principles and manners which are now producing desolation in so many parts of the world; while she continues sincere, and incapable of insidious and impious policy, we shall have the strongest reason to rejoice in the local destination assigned us by Providence. But should the people of America once become capable of that deep simulation towards one another, and towards foreign nations, which assumes the language of justice and moderation while it is practicing iniquity and extravagance.”

“Rioting in rapine and insolence, this country will be the most miserable habitation in the world because we have no government armed with power capable of contending with human passions unbridled by morality and religion. Avarice, ambition, revenge, or gallantry,  would break the strongest cords of our Constitution as a whale goes through a net. Our Constitution was made only for a moral and religious people. It is wholly inadequate to the government of any other”.

“The Form of Government, which you admire, when its Principles are pure is admirable, indeed, it is productive of every Thing, which is great and excellent among Men. But its Principles are as easily destroyed, as human Nature is corrupted. Such a Government is only to be supported by pure Religion or Austere Morals. Public Virtue cannot exist in a Nation without private, and public Virtue is the only Foundation of Republics. There must be a positive Passion for the public good, the public Interest, Honor, Power and Glory, established in the Minds of the People, or there can be no Republican Government, nor any real Liberty.”

It would seem that we are well on our way to the fulfillment of Adam’s prophecy as we see the total corruption of the Democratic Party, the perverse agenda of the LGBT, and the illogical worthless indoctrination (that masquerades as education) of our youth in the public school system. This degeneration of our national morals is prominently displayed in the mainstream news media, and the entertainment industry on a daily basis.

In the battle to save our constitutional nation, I believe we have failed to realize that our constitution may not be adequate to withstand the assault by the progressive ungodly left as it goes under, over, and through the founding principles of the constitution. As John Adams states: moral degeneration, (my edit) “would break the strongest cords of our Constitution as a whale goes through a net. Our Constitution was made only for a moral and religious people. It is wholly inadequate to the government of any other”.

Thus it would seem logical that we must fight the battle to save our republic “where it all begins”, in our culture. This is not to say that we give up on national politics, as that is a vital arena, but we cannot win the battle to save our constitutional republic in the political arena alone, we must gain victories and take back ground in the political correct cultural arena, and return to the “morality and religion” John Adams spoke of.

Unfortunately the dilemma remains: how do we impact and change the culture by peaceful means? How do we take back control of our education system by peaceful means?  As we have seen these last fifty years, it does not matter if Republicans or Democrats control the congress, or if a Ronald Regan or a Bill Clinton controls the presidency, the culture independently and unabated continues to plunge downward into increasing degeneration.

History has shown it is impossible to arbitrarily impose moral and religious standards on the citizens of a country by government or any other secular means, it must come from the people themselves as they acknowledge a God, and seek His will. 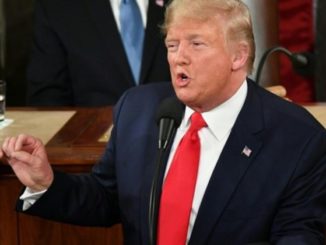 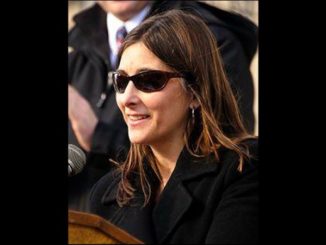