Democrats in Washington DC finally held a floor vote on Thursday, October 31st, on whether or not to continue the witch hunt of President Donald Trump. This vote was supposed to set out the rules of an impeachment inquiry.

The vote was a sharp party line vote, with 194 Republicans voting against H.Res.660 and 232 Democrats voting in favor.

Justin Amash, who abandoned his fellow Republicans when he left the party to become an Independent in July, voted with the Democrats. One wonders how he will explain this to the voters who gave him their trust just to have him renounce their values after taking office.

Democrats Collin C. Peterson of Minnesota and Jeff Van Drew of New Jersey voted against the resolution, against their party wishes.

However, the Democrats began the spin on this vote immediately.

With Justin Amash a former Republican, voting with the Democrats, they are trying to call this a bipartisan vote, as if there are conservatives supporting the liberal progressives and their witch hunt. The facts show that only Democrats voted in Favor, yet it has Bipartisan Opposition.

This persecution is based on the phone call that President Trump had with the Ukraine president on July 29th. The Dems are alleging that Trump pressured the Ukraine to investigate former VP Joe Biden and his son, Hunter. President Trump has denied these allegations, even going so far as to release the transcript of the call.

At the same time, Roll Call reports that the impeachment rights for President Trump include a loophole for Democrats to strip him of these rights:

Under the House Judiciary procedures, Trump and his counsel will be invited to attend all panel proceedings and ask questions. They can also request additional evidence or witness testimony, but the “committee shall determine whether the suggested evidence is necessary or desirable.”

While those due process rights generally align with ones afforded in the previous two presidential impeachments, they provide a big caveat that allows Democrats to strip Trump’s rights away as easily as they gave them to him.

Judiciary Chairman Jerrold Nadler has “the discretion” to deny the president and his counsel the ability to call or question witnesses or otherwise “impose appropriate remedies” if the administration refuses to make witnesses available for testimony or fails to produce documents to any House investigating committee.

The Liberal Extremists are setting the stage for the people of this country to have no voice, either through their Representatives or through their President.

This is a coup d’etat, and the people have already lost. 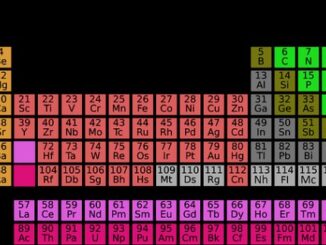 Let’s Have Some Fun With Money