Todd Nettleton – Voice of the Martyrs

Matt discusses “free trade” and the USMCA in his commentary and then inter views Todd Nettleton of the Voice of the Martyrs.

During 20 years serving at VOM, Todd has traveled to more than 20 nations to interview hundreds of Christians who have endured persecution. He has been interviewed more than 2,800 times by various media outlets, including CNN, the Associated Press, the Los Angeles Times, the BBC, Moody Broadcast Network, Christian Broadcasting Network, Newsweek, The Voice of America, Mission Network News and Trinity Broadcasting Network.

In 2014 VOM launched a weekly radio program, which Todd hosts and produces. Guests have included Christians persecuted for their faith and family members of Christians martyred for following Christ. The show was named Radio Program of the Year in 2016 by the National Religious Broadcasters. It airs weekly on more than 950 radio stations, and the podcast version reached #1 on iTunes’ “Religion and Spirituality” podcast chart. You can find a broadcast station carrying VOM Radio and listen to all episodes online at www.VOMRadio.net.

Todd was part of the writing team for four VOM books, including the best-selling Extreme Devotion and 2007’s FOXE: Voices of the Martyrs. He was the principal writer for VOM’s 2009 book about the church in North Korea, RESTRICTED NATIONS: North Korea.

A former sportswriter, Todd is a graduate of Bartlesville Wesleyan College (now Oklahoma Wesleyan University). He has done postgraduate study at the University of Oklahoma.

The son of missionary parents, Todd spent part of his youth in Papua New Guinea and the rest in Southern California.

Todd and his wife, Charlotte, have two grown sons and recently welcomed their second daughter-in-law into the family. In his spare time, Todd enjoys reading, writing, music, travel and sports, including serving as commissioner of a fantasy football league. In 2015 he ran his first half-marathon.

The views, opinions, or positions expressed by the authors and those providing comments are theirs alone, and do not necessarily reflect the views, opinions, positions of Redoubt News. Social Media, including Facebook, has greatly diminished distribution of our stories to our readers’ newsfeeds and is instead promoting Main Stream Media sources. This is called ‘Shadow-banning’. Please take a moment and consider sharing this article with your friends and family. Thank you.Please support our coverage of your rights. Donate here: Paypal.me/RedoubtNews 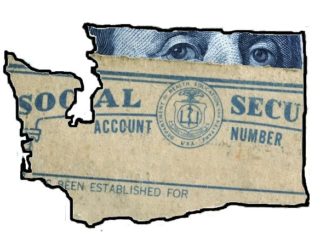 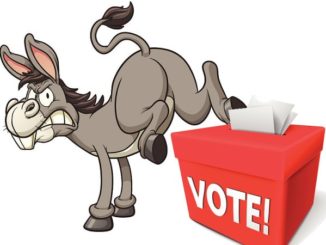 Citizens Are Speaking Up Against Democrat Sabotage