The Chair is against the Wall.
News Ticker

The Sheriff That Cried Wolf

Sheriff Ozzie Knezovich has been crying about the dangers of local conservative Christians for years. He has shown himself to be completely obsessed with the idea that he must lead the charge to get these people out of office.

It has not worked to date, so the Sheriff tried again this week and screamed WOLF to a crowd in Spokane Valley. He had a few takers, but not enough.

Claiming that some local and state elected officials, and their supporters, are expanding extremism through Christianity and politics, Knezovich comes off as a sad little man that either has lost his perspective or is projecting the things he and his own small cult are doing.

Yes, Sheriff Knezovich is growing his own narrow-minded sect of extremists, including the informant Jay Pounder.

Pounder is an admitted informant. He is known to ingratiate himself into a group and then turn on them later. I suggest the Sheriff watch his back when it comes to this canary.

He started a chat group, initiated violent rhetoric within the group, doxxed people to the group, and did his best to stir up hatred with the groups members.

He publicly lied about his part in this group, and only came clean when the truth was revealed against him. And, he continues to make hateful statements, in attempts to increase the divide within the local communities.

Let’s not forget the White Supremacist and Christian Identity believer, John Smith, who has yet to be forthcoming on all of his history. He seems to be the Sheriff’s lead co-conspirator in his war against the conservatives.

However, Smith declared during the event that he had left the White Supremacist movement as a teenager, at about 14-15 years old.

“When I was a teenager, I made the choice that that wasn’t the lifestyle for me, that wasn’t the belief system that I wanted to build my life on, and I picked up and left.” he stated.

What Smith didn’t tell everyone is that he was was still attending this church long after he claimed to have left. It leaves one to wonder: Why would he lie about that?

Smith is married to another descendant of these beliefs, the former Dezarae Bright, granddaughter of Christian Identity pastor Ray Barker, and their marriage took place at the Christian Identity Church called “The ARK” in Stevens County.

He told a reporter for the Spokesman-Review in 2013 that his repeated attendance at the ARK was “essentially community events like potlucks”. Based on these statements, he is indicating that he stopped attending this church some time after his marriage.

This would all be well and good except that the facts keep changing, little bits at a time. The story continues to evolve.

Again, when did he stop adhering to Christian Identity? Did he ever really stop? He stated at the event this week that “What you will hear from a lot of people is that, you know like, they will talk, as if, White Supremacy or Anti-Semitism is like gluten. That just one day you can decide to give it up. But that’s not the case.”

He also admitted that “If today if you were to ask me, “Are you a racist?” the honest answer that I can give you is ‘I don’t want to be.’ ”

So, is he still a racist? He doesn’t really know. Is he projecting his beliefs and fears onto the local Christian conservatives to deflect from his own behavior? This is a very real possibility.

Knezovich, under color of authority as an elected Sheriff, uses his position to divide the county and state into factions. Usually, you will find him repeatedly denigrating these Conservatives on his radio podcast “Sheriff’s Report”. He believes you are either with him or against him. There can be no in-between for this crew.

Along with the typical rants, this Sheriff’s posse attacked many good people this week, including citizens they have never met. They maligned anyone that they considered to be religious zealots, anyone not accepting their definition of diversity, and even the pro-life activists.

Knezovich is so completely obsessed with building his own little cabal throughout Spokane, that he personifies the phrase that they are “Living Rent Free In His Head”. One might wonder what the end game is for him? This has become a full-blown delusion for him that may have just taken over his whole life.

How many more times will Ozzie Knezovich holler WOLF! to the good citizens of Washington, before he gives up on this mania against good conservatives? When will he realize that, like the boy in the fable, the people are starting to ignore him.

In 2016, Knezovich announced that he would run for the seat held by Cathy McMorris Rogers when she was on President Trump’s short list to become Secretary of the Interior. This week, he said that he is retiring in 2022. He plans to pursue a master’s degree so that he might teach at the college level. 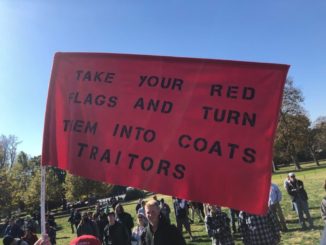 Rally For Your Rights: Second Amendment 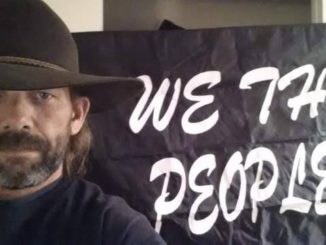 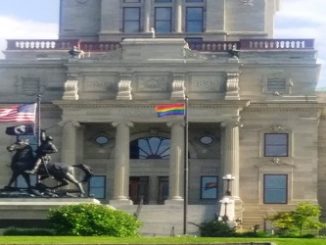 4 Comments on The Sheriff That Cried Wolf