“A well-regulated militia, being necessary to the security of a free State, the right of the people to keep and bear Arms, shall not be infringed.” – Second Amendment

The Ninth Circuit Court of Appeals ruled Tuesday that all Americans have the right to carry firearms, as guaranteed by the Second Amendment.

The case stemmed from a Hawaii resident being denied twice in 2011 as he sought to carry a handgun. Hawaii gun control laws have held that the Constitution only protects that right at home.

Judge Diarmuid O’Scannlain wrote in his opinion that “for better or for worse, the Second Amendment does protect a right to carry a firearm in public for self-defense.”

However, this is in direct contradiction to the prosecution’s arguments throughout the US v. Cliven Bundy et al case.

During the first Bunkerville trial, Judge Gloria Navarro said that anytime a person is open-carrying a weapon and a law enforcement officer happens to see that weapon, then that is evidence of a threat to the officer and is considered assault.

This is inconsistent to the US Constitution’s Second Amendment, and the State laws of Nevada, as well as numerous other states, which allow for the open carry of firearms.

Additionally, just last week, on July 18th, AUSA Daniel Scheiss argued during the sentencing hearing for Micah McGuire that just the act of having a holstered weapon in public constitutes an act of violence.

The Federal Court system seems to be proving that they are not about enforcing the law. They are attempting to “Legislate from the Bench” or make law that suits them.

Gun control has been a hot topic in this country with the left, or progressives, becoming frustrated at the lack of laws defending their stance. Hence the push to voice their opinions in the courtroom and punish citizens for exercising their Second Amendment rights.

Todd Engel was charged with, but not convicted of, firearms charges in this case. However, he was sentenced based on the indictment, not based on the convictions.

According to the statements by the judge, this is how the Federal court system works. You can be charged with multiple crimes, convicted of one or two of those crimes, yet sentenced for all of them if the jury was not able to reach a unanimous verdict.

In essense, that seems to nullify the jury process. It certainly does not imply an “Innocent Until Proven Guilty” belief. 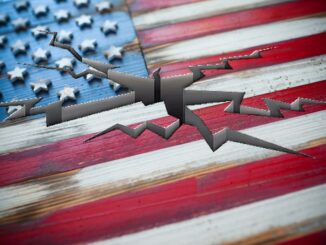