During the 1960’s, I lived in Gardena, California, which at that time, was known as a Japanese American community, famous for its gardens and its cleanliness. The mother of one of my Japanese friends, offered to give me a ride to school along with her son. In those rides, I learned about the horrific treatment of the Japanese Americans, including my friend’s parents, during World War II.

Due to the war hysteria, and fear of Japanese collusion with the enemy, including multi-generational Americans who just happened to be of Japanese descent, President Roosevelt signed an order requiring anybody who looked Japanese or was otherwise known to be of Japanese origins, to report to an internment camp. Many of the people of Gardena, received the notice that they had a few days to dispose of their property and their businesses and make whatever arrangements they needed to, in order to comply with this new order. With only a few suitcases, they were boarded on buses and sent to many different camps around the country. Some of the camps were located in my home state, Utah.

Even as a young teenager, I was in a state of shock as I heard the many stories of egregious injustice meted out to a people simply because they looked like the enemy. I couldn’t get my mind around it, that the United States of America was capable of doing something so unjust. The same USA that won the war because it was the “best” country in the world, was doing something reminiscent of Nazi Germany. It was a case of extreme cognitive dissonance: on one hand, my friend’s parents and their friends, who were hard working and impeccably honest Americans, would not lie to me about this and on the other hand, surely my country could not be guilty of something so outrageously unjust.

I have thought about this many times since and if anybody had the right to resort to the bullet box to protect their rights, these Japanese Americans certainly did. Fortunately, for the USA, the Japanese that I knew, were humble, hard working and patriotic people. They did resort to the bullet box, by sending their young men to battle in the European theater, through the now famous, 442nd regiment. 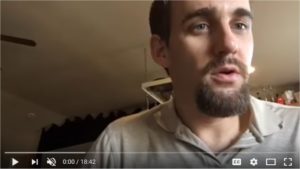 Ammon asked a question, “Do you have a right to self-preservation, to self-defense? Do you? Can you always rely on government to do the right thing? What does history tell you?”

Sheriff Dave Ward, who presided over the Malheur Wildlife Refuge situation, said, in effect, we have a system, if you don’t like something, work peacefully within the system to get it changed. There is no excuse for civil disobedience, you can work with your elected official and your community through the democratic process.

The injustices that have happened within the boundaries of the United States, by government officials and employees against its own citizens, besides the ones who looked like Japanese, are too many to count. More famous examples include black African slaves, the Dredd Scott decision by the Supreme Court in which blacks were affirmed to be property and the long march to equality with Martin Luther King and many others.

Many unknown examples include people who have had children kidnapped by child protection services, without sufficient just cause, people who suffered from excessive police brutality, people who had their homes invaded by no knock police with the wrong address or the wrong information, and the many examples of unjust land grabs by federal bureaucrats.

I was taught in school the same thing that Sheriff Ward says, that citizens should always obey the law, and if the law is wrong, then get it changed, but in the meantime, you must obey the law. I was taught that for the greater good of collective society, to enjoy law and order as opposed to anarchy and disorder, a citizen must submit to the will of authority, even if they are being dealt with unjustly.

Our Love Affair with Authority and Obedience

Through the school system, military service and employment, Americans are taught that to enjoy the American Dream, one must submit to a framework of laws, statutes, codes, ordinances, rules, regulations, norms, terms and conditions. Just federal statutes alone number more than 20,000 since 1789.

But when combined with all the state and municipal codes and bureaucratic regulations it has been estimated that the total number is in the millions.

The mine field of laws, regulations and rules led one man to write a book called, “Three Felonies a Day” in which the average American, unknowingly, commits an average of three felonies a day, due to ignorance of the law.

We have been given a false sense of security, that all these laws and regulations are necessary for “the domestic tranquility and life, liberty and the pursuit of happiness”. We have been told that those who have died in foreign wars, did so to allow the many who didn’t die, to work with government to churn out and reproduce, the millions of laws and regulations for our own good, and that by obedience to the same, we are assured a ticket to the American Dream.

1. Not have any cattle, in order to protect the desert tortoise.

4. Watch calves be separated from mothers and die in the desert.

5. Watch as cows are shot from helicopters.

7. Watch as Senator Harry Reid and others move in with their strategic business interests as they buy and sell the land managed by the BLM.

The case of the Bundys, the Hammonds, the Duartes in California, Joe Robertson in Montana, the Dann sisters in Nevada, the ranchers along the Red River in Texas and many more, under Sheriff Dave Ward’s methodology, would need to stand back and let things happen, within the system, no matter where that system took them.

Like the Japanese Americans who lost everything because they were forced into resettlement (concentration) camps by “the system”, the Bundys, the Hammonds and their ilk must just simply submit to “the system” for the greater good of society, because to do otherwise, threatens the very pillars of the American Dream built on a foundation of civilian obedience to authority and enforced by a foundation of government instruments of force.

As we determined in our first article, the bullet box for civilians is not the answer because:

1. The Civil War proved how costly it is.

2. Waco and Ruby Ridge proved how costly it is and how overwhelmingly powerful are the law enforcement arms of the various alphabet soup agencies (FBI, BLM, ATF, DEA, HLS, etc).

3. Today, appealing to the bullet box is futile, the omnipotent physical might of the government would easily crush any kind of resistance tempted to use the bullet box. The government, in anticipation of civilian resistance, has carefully prepared a strategy for dealing with bullet box opposition by civilians, by having a incomparably bigger bullet box themselves. Today, government entities have vast arrays of weaponry and tools at their disposals, hand-me-downs of armored personnel carriers and other tactical gear from the many foreign wars which the USA manages, for use against its own civilians.

In the 4/27/17 interview by Ammon Bundy, he said that the only thing that is saving them from an even worse fate in the Federal prison system, is us. Yes, we, the people, by being aware, by using social media and technology, by not letting this go, by constantly sounding the alarm, by not giving up, that he, and other defendants, are somehow able to survive. The numbers are growing. More and more people are waking up. More and more people are rattling the ballot box to their elected representatives. People are forming grassroots movements, and like a back burn fire intentionally set by the BLM, it is spreading fast  Yes, the answer lies in public opinion, and waking up the silent majority.

In the meantime, Ammon Bundy and thousands of other prisoners who have never been convicted, are suffering intensely. The Hammonds, who were wrongfully convicted, suffer intensely. We cannot afford to relax, too much is at stake.

Ammon abruptly ended the interview with, “I have to go” as the prison staff cracked down on him. That is what awaits all of us, if we don’t take this seriously.

Freedom of the Press 11 – Aiding, But Not Abetting

Greg Anderson is a Hero for Obeying His Oath