Biden Will Not Help the Cuban People

Washington cannot admit the source of the Cuban people’s disaffection because it would disappoint too many woke Americans and undermine the “progressive” politics they are required to support.

Once again, the feckless U.S. foreign policy establishment has failed to detect a moment of potentially world changing significance. As its hapless practitioners beat themselves up like bulimic teenagers over having to withdraw from Afghanistan after nearly 20 years of accomplishing rather little, they completely missed any hint of the massive demonstrations that began sweeping Cuba, just 90 miles from our shores, on July 11.

Demanding “liberty” and telling their government “We are not afraid,” angry protestors in at least 32 Cuban cities and many smaller municipalities have marched to demand an end to the island nation’s six-decade old communist regime. In some places, they have seized Communist Party offices and attacked security personnel and vehicles. Many are carrying the American flag, even as our own protesters, Olympic athletes, and Democratic members of Congress show contempt for it.

These are the largest demonstrations in Cuba in at least 30 years, and perhaps the biggest since Fidel Castro came to power in 1959. The government has responded in force. Early reports suggest that it is blocking communications and arresting, beating, and even killing protestors.

Sympathizers around the world are cheering them on, sharing videos of the protests, and urging them to go all the way to reclaim their freedom.

The Biden Administration, however, was curiously absent from the scene for some 24 hours during which President Biden, Vice President Kamala Harris, Secretary of State Antony Blinken, and almost all other Democratic politicians and national security appointees made no statement.

It was left to Acting Assistant Secretary of State for Western Hemisphere Affairs Julie Chung to tweet the following banalities: “Peaceful protests are growing in #Cuba as the Cuban people exercise their right to peaceful assembly to express concern about rising COVID cases/deaths & medicine shortages. We commend the numerous efforts of the Cuban people mobilizing donations to help neighbors in need.”

In other words, the administration’s initial reaction expressed no support for Cuba’s struggle for liberty, did not denounce its hideous regime, and asserted that the reasons for the demonstrations are limited to the pandemic, which has raged for 16 months, and shortages of medicine, which have been an endemic feature of Cuba’s misery for decades. But good for them if they are collecting donations among themselves.

In a later tweet, Chung sheepishly announced that the State Department is “deeply concerned by ‘calls to combat’ in #Cuba . . . We call for calm and condemn any violence.” In other words, disgruntled Cubans may come out and calmly protest with zero prospect of changing anything in their country, but further steps will cause Foggy Bottom’s “deep concern.”

Biden broke his conspicuous silence a day late with a generic statement supporting the people of Cuba’s protests against what he called the country’s “authoritarian” regime, while still upholding the fiction that they are really protesting against COVID strictures. But he studiously avoided any mention of what makes the Cuban government “authoritarian.”

Why can’t the Biden Administration support oppressed people taking enormous risks for their freedom from socialism?

The reason is simple. The Cubans are protesting against socialism and not in favor of it. What honest Biden Administration official or compliant D.C. bureaucrat would risk antagonizing a broad swath of the Democratic Party by suggesting that socialism is a source of, rather than a solution to, any form of oppression, let alone the immense oppression Cubans suffer with scant sympathy from Washington? Even suggesting that an openly hostile country living under socialism has its own “systemic” problems is far beyond the pale of what Democrats are prepared to do in the name of “social justice.”

Politically, it is far more expedient to declare that Cubans have launched the largest protests in their modern history solely over the immediate matter of the pandemic and not over a heinous ruling ideology that has left them isolated and deprived on the same scale of every other communist society, almost all of which have fallen.

The inconvenient truth is not only plain to see but boldly announced by every Cuban patriot who still has internet access. Admitting it from Washington, however, would disappoint too many woke Americans and undermine the “progressive” politics they are required to support. And of course, it would cause too many other Americans to doubt the glorious socialist future that they have in store for us. To that, we should only say Viva Cuba Libre!

Republished with permission from American Greatness

Federal Government Stands Down on Campgrounds 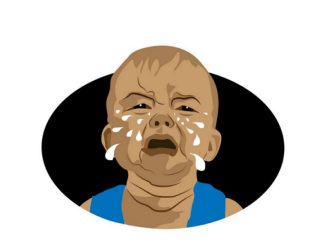 The Left Melts Down Because Govt Stops Tracking Covid Deaths 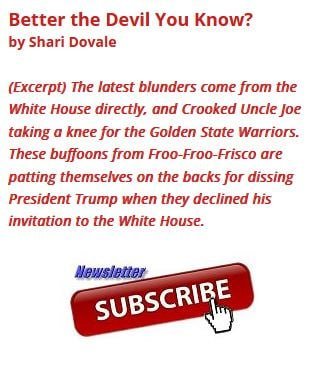