Today Pacific Legal Foundation asked the Ninth Circuit to accept an amicus brief, written on behalf of Mike and Chantell Sackett, as well as John Duarte and Duarte Nursery, supporting the defendant in United States v. Joseph David Robertson. The issue we comment upon involves how the courts should apply the Supreme Court’s Rapanos decision. Since PLF argued and won Rapanos, it makes eminent sense for PLF to explain why the government unfairly applied Rapanos to Mr. Robertson in making its case against him for discharging (read: polluting) into “waters of the United States.”

The feds, specifically the Environmental Protection Agency and the U.S. Army Corps of Engineers, said Robertson discharged dredged and fill material [that is, polluted waters of the United States] as a result of a series of ponds he built on land above the small town of Basin, just off Interstate 15 between Butte and Boulder [Montana].

Robertson doesn’t deny building the ponds; he freely admits using an excavator and rubber-tired backhoe to do the work.

What he doesn’t understand is how someone could claim his ponds polluted anything, let alone the nearest navigable river — the Jefferson, about 60 miles away.

In fact, the EPA and the Corps claimed his ponds polluted the Jefferson River because the ponds had a “significant nexus” to the river sitting 60 miles away. The jury agreed and found him guilty of polluting federal waters.

Those magic words, “significant nexus,” come straight from Kennedy’s concurrence in Rapanos. The trial court told the jury to apply the Kennedy “significant nexus” test in determining whether Mr. Robertson polluted federal waters by building his ponds. Justice Kennedy’s test allows federal regulation of any wetland with a “significant nexus” to a traditional navigable water, even in the absence of a direct hydrological connection. That overly broad reading of waters of the United States per the Clean Water Act allowed the federal government to prosecute Mr. Robertson for “polluting” waters of the United States when he simply created ponds on his own property.

The four-member Scalia plurality in Rapanos, on the other hand, only would authorize federal regulation of those wetlands physically abutting and indistinguishable from natural rivers, lakes, and streams connected to a traditional navigable waterway. Under the Scalia test, Mr. Robertson would have been found not guilty (if charged at all), since his ponds are 60 miles away from the river, and do not abut lakes or streams. But as noted above, the government used the more expansive Kennedy test.

Earlier this year, we explained that the new Administration, in seeking to define “waters of the United States” within the meaning of the Clean Water Act, should rely upon Justice Scalia’s plurality opinion in the Rapanos case for the basis for its new WOTUS definition. Some courts, like the instant court here, have relied upon Justice Kennedy’s one-justice-only concurrence in Rapanos, but, as PLF senior attorney Reed Hopper explains in a soon-to-be-published law review article, that flies in the face of Supreme Court precedent on how to interpret decisions where no single opinion commanded a 5-justice majority (as in Rapanos, a 4-1-4 decision). The Scalia opinion, not the Kennedy opinion, should control—as we argue in this amicus brief. 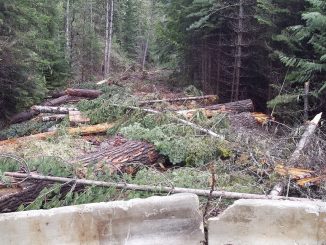 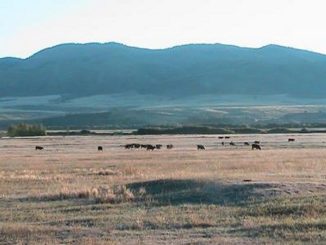