In sports or gaming, “getting owned” is never good. It means you were outplayed and soundly defeated.

In politics, getting owned is even worse, because it leads to bad policy: power brokers benefit, but citizens get hurt. The special session of the Legislature that took place on Sept. 1 saw both the governor and legislators getting owned. The people of Idaho  got bad policy, and worse, lawmakers  set two very bad precedents sure to haunt us in the future.

How it all went down. For months, one of Idaho’s far-left lobby groups, Reclaim Idaho, worked to get enough signatures to put a bad proposition on the November ballot. (It calls for a higher tax on the business and high earners and a big increase in education spending —  $323 million.) Gov. Brad Little attempted to head off the effects of the proposition by calling an extraordinary legislative session to propose his own policy.

Little’s proposal, passed during the special session, kills the Reclaim proposition, and it has a modest tax cut, but it has an even bigger increase in education spending:  $410 million. Most legislators went  along with the governor’s legislative demands, coming to Boise to push the YES button on his take-it-or-leave-it bill. Process complete.

Idahoans will get rebates of $300 for individuals and $600 for couples, or 10% of their 2020 tax liability. There is also an income tax cut, taking the rate to 5.8% from 6%. But these small gains will be offset by ongoing education spending increases way above what the leftist lobby group proposed. The governor tossed some crumbs to families and businesses in an attempt to appease them, but he also did the lobby’s bidding.

Who won and who got owned? Reclaim Idaho and other leftist lobby groups are taking a victory lap. Turns out they were more interested in boosting education funding than increasing the tax rate. The governor, instead of showing leadership, allowed himself to be owned by calling a special session and increasing education spending by more than even they called for — 26.5% more, in fact. The governor got owned, but he also owned the Legislature. In his call for the special session, he limited the discussion to just one item, his bill. The Legislature could have done anything with the bill (pass, kill, amend). That was its prerogative. Instead, however, many legislators signed onto the bill before actually reading it. Even those who expressed frustration with one or more parts of the bill l passed it because “getting something done is better than nothing.” They caved.

The process is broken. When the governor calls a special session, he can limit the scope of the legislation to be considered, but the law does not allow for him to limit the scope to just one bill, like he did. Unfortunately, the Legislature did not consider other legislation because the committee chairs (Rep. Steven Harris and Sen. Jim Rice) followed the governor’s lead and would not allow any other bills to be presented. There were bills to provide bigger tax cuts, reduce sales taxes, and/or provide a property tax “holiday” to ease the effect of inflation on households. All good ideas, but they were never even discussed.

Most of the negotiations happened behind closed doors before the session began. The governor presented the list of co-sponsors for the bill (majorities of both chambers) before the bill was even made public.  Some legislators signed onto a bill they hadn’t read. The stage was set for an orchestrated session, with the outcome determined before any vote was cast. This is not how good government works. The Legislature was owned before the session opened.

The substance was poor. The bill legislators passed provided much-needed tax relief, but not enough. With the state having a $2 billion surplus, tax rebates of $500 million this year provide just 25% of what could have been rebated. The ongoing $161 million tax cut (sending the rate down to 5.8%) is small compared to the big increase in ongoing education spending. The bill should have reduced the rate to 5% flat or lower, which would help end the perpetual overtaxing of Idahoans. Larger and different tax cuts should have been considered. Property taxes should have been first to go.

Lawmakers did not need to hike education spending. In the last two years, appropriations for education in Idaho increased by nearly $977 million, or 42%, a historic increase. Idaho spends 63% of its budget on education–ranking it among the top in the nation by that measure.

Idaho does not need to feed more of its tax dollars into a broken system; it needs education choice. Incoming legislators  can and should decide what next year’s spending will be, but it appears the governor is less confident about working with the incoming Senate, which should be more conservative than the current one..

The precedents are awful. Perhaps the worst outcomes of this special session were the two markers laid down for future legislative sessions. First, by reacting to Reclaim Idaho’s proposition in the way he did, Little established that far-left lobby groups can get their way by simply proposing radical propositions. All they need to do is collect the signatures, and the governor will call a session. Expect Reclaim Idaho and other lobby groups to do new initiatives every cycle from now on. They own the governor.

Second, by combining tax cuts and spending into one bill, the governor violated the Idaho Constitution, which limits all bills to just one subject matter. (See Article III, Section 16.) The Legislature, instead of correcting or separating the bill into two more pieces, as it should have done, played along and violated the constitution. (Note: A number of legislators tried motions to fix the bill, but to no avail.) From now on, the precedent is set whereby bills can have multiple subjects, despite what the constitution says. This is how bad bills win. Put something good along with the bad in a bill, and you increase its chance of success. As one House leader put it, “Remember this is how we corner legislators to vote for it.”

The “ernie” Chronicles: Getting To Know ernie

Pelosi on Omnibus: They Gave Away The Store 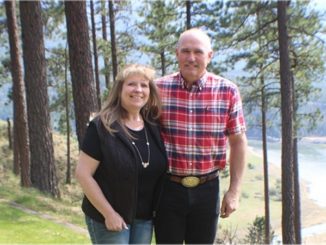