Throughout history various nations have adopted mythical unfounded beliefs on which to base their economic and political policies. The bible records the belief in “gods” made of bronze, gold, wood, stone, etc. that ancient nations completely believed in and worshiped.

More recent and brutal national beliefs is Nazi Germany’s belief that Jews were unworthy of life, and Pol Pot’s Cambodian Khmer Rouge who believed that all educated intellectuals should be killed. There are other fraudulent unfounded national beliefs that could be cited, but for the most part they were restricted to just one nation.

Although the present climate change fraud began in the US, it has now spread to various nations throughout the world. It has grown to worldwide prominence because of the tremendous amount of money and political support it has garnered, both in the US and worldwide.

It is somewhat astounding that supposedly intelligent people around the world are so committed to the fraudulent “Green Energy” concept, that they are willing to destroy their existing source of energy before there is any replacement for that source. For some reason they ignore the basic fundamentals of food production, manufacturing of goods, lighting, heating, cooling of homes, construction of roads, bridges, buildings, and many other issues that depend on the existing power/energy source the “greenies” are destroying.

The obvious question then arises: What is the force that is pushing this illogical fraudulent green energy concept? A concept which is causing nations to literally destroy themselves by adopting an intermittent power source that cannot begin to replace the one their nation’s current existence depends on. There are numerous forces that are impacting this issue, but there are three major forces that are having the greatest impact on this issue, they are listed as follows;

The following is a link to a group of 500 prominent scientists and professionals who have stated their opinion to the United Nations concerning the climate change fraud.

There Is No Climate Emergency, Say 500 Experts in Letter to the United Nations 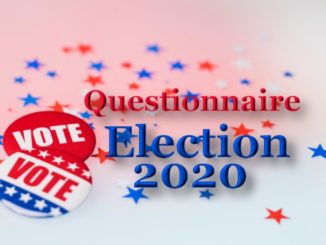 Arrested For Going Outside? When Will It End?