Will North Idaho Turn Blue in the May Primary?

The gerrymandering has been confirmed by the State Supreme Court and the Conservative favorite, Rep. Heather Scott, has been moved out of her district to get lost in the neighboring area around Coeur d’Alene. The Senator for the northern region, Left-leaning Jim Woodward, has no interest in talking to his constituents. And the remaining representative, Sage Dixon, does not hide his Big Government-Big Pharma-Big Corporate ties. 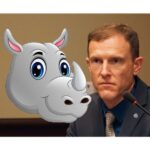 A typical mid-session townhall was scheduled for this past weekend, and Senator Jim Woodward held true-to-form and did not bother showing up. Woodward has recently hit the news with his four-letter, foul-mouthed tirade against Candidate Branden Durst in Boise.

Durst, along with Sen. Christy Zito, presented a bill favoring parental rights called the “Idaho Parental Freedom in Education Act.” Woodward showed his Commie bias by voting to not allow the bill to be printed or allow any public debate. The disagreement between Woodward and Durst escalated to a shouting match after the hearing, after which Woodward cried the victim and attempted to distract the public from his horrendous Anti-Parent vote.

His voting record is already on the block for the voters, as they have seen his voting with Democrats more than a little.

He can say what he wants about not liking the organization, but the voters tune in to see how the legislators are scored on Liberty-related bills. It means something to them, as there are very few that have the time to follow the individual bills themselves.

Another conservative organization that has scored Woodward’s votes is the American Conservative Union Foundation (ACU). They have given him a lifetime rating of 57 %. That is an extremely poor rating for anyone with an “R” behind their name.

Woodward is still avoiding the voters, and will probably continue hiding until forced out from under the bed in time for the primary this May.

His opponent is a known conservative, Scott Herndon. The challenger’s stance on the issues can be found here: https://herndonforidaho.com

and don’t forget to look at the comparison between the two candidates here: https://herndonforidaho.com/herndon-vs-woodward/ 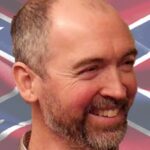 Rep. Sage Dixon has made lots of headlines recently, and most of it bad. He is no longer a favorite in his district, and in some opinions, should seriously reconsider whether he wants to put himself through this election.

The people are repeatedly challenging him on his Big Government ties, including his seeming desire to push the ARPA money on the voters, calling the concerning phrases “boilerplate.”

Dixon did attend the townhalls this weekend, and there are several videos from the various events:

Dixon has been questioned on numerous occasions about his ties to Big Pharma. He has received multiple donations from medical related organizations and PACs. His connection to the globalist think-tank American Legislative Exchange Council (ALEC), also has many of his voters concerned.

ALEC is known as a leading promoter of rewriting the constitution through an Article V convention. They are also well known for their partnerships with Big Pharma and pushing for mandatory vaccines. ALEC is a big corporate “Bill Mill” and Sage Dixon is their Idaho State Chair.

ALEC, as well as each legislator on their membership list, has directly tied themselves to the Globalists, Big Pharma, and the NWO. For any of them to deny this is to deliberately deceive you. For them to minimize this connection is for them to embrace the class system of the Socialists and move themselves solidly into the Leftists camps.

Dixon’s response to questions on his Big Pharma connections include telling folks that it is up to the donors to decide if there is a conflict of interest, not him. He feels that his voters should blindly trust him not to be influenced by his donations, after all… they have known him for years, right?

Related: Sage Dixon is Not the Guy We Thought We Elected

Dixon has changed over the years since he was first elected, or so many thought. It is quite possible that he has not changed and he has always been a closet Liberal. Regardless, we do not need someone representing us that has openly admitted that he “Likes being a politician.”

Dixon’s challenger is Todd Engel. A political prisoner that spent years in prison until the 9th circuit appellate court recognized the abuse by the government against him, Engel came home to North Idaho to quietly live his life. When he saw the abuses in Boise, and saw Sage Dixon going unchecked on his own personal agendas. Engel stepped up to be an advocate for the people.

Learn more about him here: https://engelforidaho.com/

Rep. Heather Scott is the local darling whose constituents wanted to continue voting for her as long as she agreed to run. She was hated by the left, including by her local seat mates, and is known as the major stopping point keeping the Left from gaining a foothold in District 1, the northernmost district in Idaho.

The redistricting committee, with a bow to the left as well as Sage Dixon, has moved Scott out of District 1 and into District 2. She now has a travel distance of 4.5 hours to get to the other side of her new district.

As the seat is now considered an “Open” seat, there have been many candidates to jump in to the race.

The filing deadline is not until March, so there could possibly be other candidates to announce. This will certainly be an interesting election cycle in North Idaho. Will it remain red, or will the incumbents turn it purple, or even blue?

Another Do Over Election For The Dems? 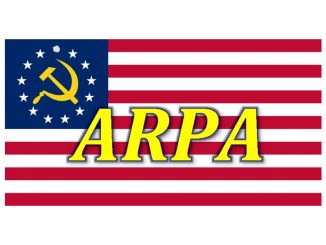 Feds Begin to Make Their Move To Socialism Through ARPA Funds 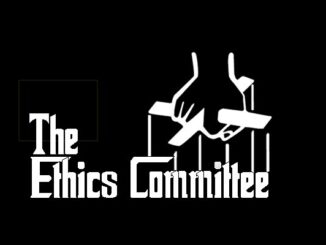 Idaho Ethics Are All Personal

4 Comments on Will North Idaho Turn Blue in the May Primary?