Is Ammon Bundy the New Rex Rammel? Fool Me Once…

In the 2010 Governor’s race, Rex Rammel a devout Mormon ran a strong campaign and garnered 26% of the votes. Rex Rammel ascribed to the White Horse Prophecy that was made by founder Joseph Smith in 1843. The prophecy states that some day the US Constitution will “hang like a thread” but be saved by Latter-day Saints. There is much controversy in the leadership of the Latter-day Saints (LDS) regarding the prophecy but during the Mitt Romney campaign for President, it raised it’s voice again.

Today, we have several gubernatorial candidates along with the incumbent Brad Little. Janice McGeachin, the current Lt. Governor and former Representative from the 32nd district. Then there is Ammon Bundy noted for protecting his family’s property in the 2014 Bundy standoff.

To date there are 11 candidates total. Ammon Bundy has never held any publicly elected office but is a high priest in the LDS Church. However, he seems to be at odds politically with them as internal strife continues within those ranks. Even stating they have been infiltrated by socialists.

So why is Ammon Bundy running for Governor? I’ve asked myself that question many times. He has his claim to fame with the Peoples Rights group and love for the US Constitution. No one can take the passion that he has for freedom away. He also consistently remarks that he really doesn’t want to run for Governor. This begs the question again, why? Why not support and encourage your freedom loving supporters to get behind a proven leader who has successfully navigated within the system?

Perhaps there’s a Rex Rammel system in play to siphon off conservative votes and allow Governor Brad Little to have a second term, implementing more draconian emergency powers and fulfilling his promises to the big pharmaceutical companies that support him.

According to Wikipedia, in early Mormon history a new political/religious party emerged in response to the non Mormon liberal party. This was called the People’s Party and they won handily throughout the state of Utah. Ammon Bundy is the founder of a new group called People’s Rights (sound familiar)?

There are many good Constitutional people associated with the group but a critical thinker must ask the question – is history repeating itself by creating
controlled opposition to the Governor’s position in Idaho?

Rex Rammel toured the state in a RV covered with political verbiage and so is Ammon Bundy. Both are devout mormons and High Priests in the LDS Church. Will both be used to siphon off conservative votes from the Governor’s race?

Yep, 2010 all over again. There is no White Horse Prophecy in the Bible that provides for a church system to run this or any other country. If Ammon Bundy continues to be a candidate, it will once again split the votes and we will be burdened with Governor Little and his cronies for another four years. Controlled opposition at its finest. 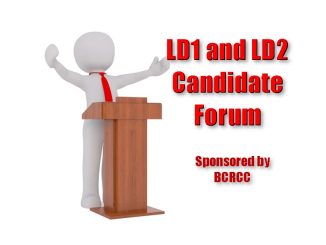 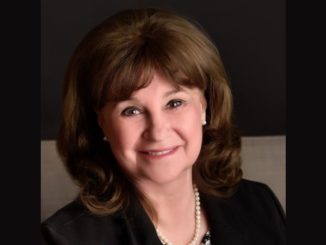 2 Comments on Is Ammon Bundy the New Rex Rammel? Fool Me Once…