What Has Happened To the Democrats?

When I worked at the Bunker Hill Mine in Kellogg, Idaho, most of my associates were Democrats – good Americans. They were family men, hard-working, clean living and reasonable.

I don’t recognize them anymore.

During the Trump Administration, immigration was under control, we were producing more energy than we needed, and America was bouncing back after the disastrous Obama years, plus, the swamp was being drained.

Then came election fraud, riots and rancor, followed by January 6th and how that event was interpreted by the leftist press. An avalanche of Biden executive orders began wiping out all the good that President Trump had done. Many of those executive orders built our “open border policy”, leaving our borders open to anyone who wanted to come here.

These executive orders stopped the border wall, opening the floodgates to hundreds of thousands of illegals, cancelled the Keystone XL Pipeline, restricted leasing on federal lands for oil drilling, and muzzled the nation with ineffective and dangerous Covid masks, and then demanded compliance in taking untested vaccines.

President Biden reversed the Trump rule “to remain in Mexico until their court date on immigration”. So far 10 of his 12 actions on immigration were reversals of Trump policies. President Biden said of these orders that he was eliminating bad policy; policies he felt were very counterproductive to our security and counterproductive to who we are as a nation, especially in the area of immigration. Biden believes that anyone who wants to come here should be permitted to come, no matter the reasons or the cost. However, every wise person knows that if you cannot control who crosses your border then you are no longer a nation. What is all this illegal immigration doing to our great nation?

Some of the policies of the present administration have been just astounding. They provided funds for special projects, not by taxation, but by printing more money, and they were surprised that all prices went up, some as much as 30%. To make matters even worse they somehow believed that if they printed and spent even more money that this would somehow improve inflation. Every student of Economics 1A knows that printing more money is pure inflation, one mark of a failed socialist economy.

All of this was done by a man with serious cognitive disabilities that every American can readily see. Print more money and undo the Trump legacy seems to be the Biden solution to all the nation’s problems.

Just a couple of years ago America was a producer nation, producing more energy than we used. When President Biden stopped the Keystone XL pipeline and restricted leases for oil drilling on federal lands he then showed surprise that the price of gasoline was now a dollar more than it was just last year. Their solution: Sell off part of the National Petroleum Reserve, which is a very short-term solution.

And as we face the chill of winter, the price of natural gas and coal, that we use to produce electricity, has also jumped. Will that mean that some families might have to choose between staying warm and eating?

Now, prices and the cost of living are skyrocketing; dole money is more than many were earning from their jobs, thus encouraging people to quit working and stay home.

Restaurants, grocery stores and other small businesses are struggling to find enough employees. Goods are piling up at shipping ports, because there aren’t enough truckers to deliver them to the marketplace; bringing many businesses to their knees because they cannot obtain certain parts and supplies in order to continue operating.

The thundercloud of inflation is sweeping across the land. When will it end?

To make matters worse the Biden Administration has not had a clear understanding of what it means to be an American. They put forth Saule Omarova for Comptroller of the Currency. This woman is a Marxist, trained in Russia, and a professor at Cornell University. Having her confirmed by the Senate has received considerable resistance.

President Trump wisely pulled out of the Paris Accord climate “treaty” that was seriously flawed, would solve nothing and cause havoc to the economy worldwide. Biden simply wants back in no matter the cost. Biden not only rejoined the Paris Accord but he has pushed hard on many fronts to “control” global warming. 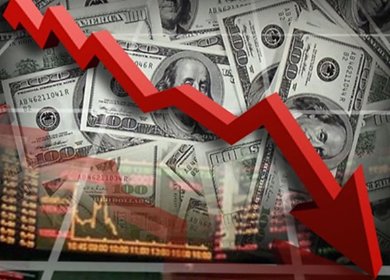 Build back better seems to be the goal. There was much effort to support renewables like wind and solar, which have very limited application. Rather than let the market determine where best to spend, the Biden Administration is spending billions to support renewable programs. With the amount of rare earths used by these machines and their short lives they have very limited use today.

Since time began, man and animals have always understood the difference between male and female. Why are our public schools pushing their unnatural narrative, even when parents of the schoolchildren are against it? In some cases parents were not consulted and did not find out until after the fact. That included counseling about gender and even some surgeries. When parents complained they were labeled “domestic terrorists”.

The folly of cutting police funding, demanding they stand down when faced with violence and anarchy, blocking fire engines, and releasing dangerous criminals back on the streets, and changing the culture of our military, will always come to light as soon as those terrors hit home. Some Democrats, who worked to defund the police, were surprised when they called 911 and no policeman came to help them.

Probably the most notable experiences had to do with the pandemic. Many cities were in lockdown for much of the year. Some Republican states resisted lockdowns, as well as mandatory masks or vaccinations. Democrat led states, Democrat led cities, especially, required all sorts of restrictions that appeared to be unconstitutional, and as a minimum were counterproductive. Little work gets done when everyone is stuck at home.

In the old days, we would sit down and discuss these issues. We don’t seem to be able to do that much anymore.

I always like to give people the benefit of the doubt, but now I wonder if some Democrats really want to see our country destroyed.

Finally, America has been great because people have been free to prosper or fail. Now sadly, we have “no-fail policies,” which also mean “no success”.

We must band together to help convince our Democrat friends that their policies are leading us to ruin. We can be a great nation again if we can control our finances, our energy production, and immigration. America has always been a very productive nation and we can be just as productive in the future if we put forth the effort. Can we do it? Of course we can.

I hope our Democrat friends will consider these matters—and do what is wise and best for our nation. What can be better?

Jim Hollingsworth has a Masters Degree from Pensacola Christian College. He has written four books: Climate Change: A Convenient Truth, Cortez: A Biography, The Ancient Culture of the Aztec Empire, and Abortion Compassion.

Our Freedom & Liberty Must Be Defended