Judicial Watch has introduced a very important tool to help defeat election fraud.  They are introducing legal actions by notifying counties that are obviously not in compliance with federal law.  On November 16, 2021 Judicial Watch sent letters to 14 counties within the five states of Arkansas, California, Illinois, New York, and Oregon to notify their election officials that they have evident violations of the National Voter Registration Act of 1993 (NVRA). The letters detail how the counties had reported data that showed that their counties removed an “absurdly low” or “impossible” number of inactive voter registrations under key provisions of NVRA.

The letters state that  “A voter registration is subject to cancellation under Section 8(d)(1)(B) of the NVRA when a voter fails to respond to an address confirmation notice and then fails to vote or correct the registration record before the second general federal election following the notice.  The Supreme Court has held that such removals are mandatory.”

What Judicial Watch is doing is important because Inflated voter rolls are necessary for bad actors to introduce large numbers of fraudulent votes into the election system.  The cheaters must avoid obvious red flags such as when voter turnouts are unrealistically high.  With inflated voter rolls in place, bad actors can then use voting machines to manipulate the vote count with algorithms (mathematical formulas) to come to their desired “end point” with “phantom voters”.  If the favored candidate still isn’t winning, the bad actors may have to stop the counting to dump more votes into the system.  Again, they need inflated registration rolls to cover the additional “phantom voters”.  In some states, the cheaters then need to match the phantom votes with physical ballots.  For large scale cheating, mail-in ballots and drop boxes are able to defeat the chain-of-custody security measures that had previously been used to protect the security of the ballots.

Robert Popper, the Judicial Watch senior attorney and director of its voting integrity efforts stated that: “About 10% of Americans move every year. Those counties should generate hundreds of thousands of cancelled registrations. There is simply no way to comply with federal law while removing so few outdated registrations under its key provision.” These numbers come directly from state reports to the U.S. Election Assistance Commission (EAC).  Popper was formerly Deputy Chief of the Voting Section of the Civil Rights Division of the Justice Department.

Judicial Watch President Tom Fitton said: “These letters are just the beginning of another sweep, in federal court if necessary, to clean voter rolls throughout the country,” 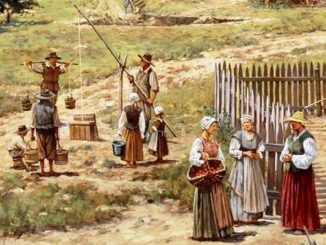 Socialism Did Not Work at Jamestown 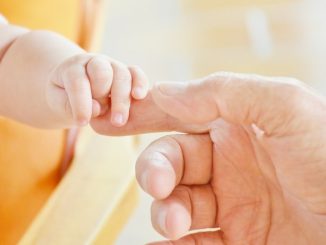 Sanctuary City For The Unborn