WASHINGTON, D.C. — Congressman Russ Fulcher submitted an amendment to H.R. 842, the Protecting the Right to Organize (PRO) Act. Currently, union elections can be delayed due to lawsuits, and those frivolous lawsuits keep dangerous union bosses in business. Congressman Fulcher’s amendment would require an election for union leadership to occur as scheduled, regardless of a union’s attempts to delay it with a lawsuit. Congressman Fulcher spoke on the House floor this afternoon in opposition to the overall bill.

Regarding the amendment, Congressman Fulcher commented, “The PRO Act has received no hearing or markup in the 117th Congress, and we have not been consulted on this bill. I am proposing this amendment to at the very least give union workers the opportunity to choose who represents them.”

H.R. 842 will overturn “Right to Work” laws in 27 states, including Idaho. This would coerce private-sector workers into paying fees to labor unions and violates worker’s First Amendment rights. Notably, the PRO Act erodes privacy by removing secret ballot protections in union elections that 44 states, including Idaho, guarantee in their state constitutions.

This bill continues to breach privacy standards by requiring workers to turn over personal contact information that unions can then sell to third parties for marketing purposes, without protections or controls.

Lastly, this legislation attempts to apply California’s “ABC Test” to all states — a three-part test that classifies independent contractors as employees of a business, unless they can prove they are not employees by meeting all three standards:

3) Individual is customarily engaged in a similar trade, occupation, profession, or business as they are currently doing

Congressman Fulcher recently cosponsored H.R. 1275, the National Right to Work Act that aims to protect the free choice of employees to form, join, or assist labor organizations, or decide not to.

“Idaho has had “Right to Work” legislation on the books since the 1980s,” Congressman Fulcher said. “Yet, once again, Democrats have shown preference to an all-powerful national government, rather than local-decision makers. By ignoring local input, the PRO Act becomes an in-kind donation to big labor from the Democratic party.

Instead of ignoring voters on the local level, we should embrace the protection of employers to decide how to best treat their employees. That’s why I am a cosponsor of the National Right to Work Act. Now is the time to provide more flexibility to small business owners rather than embracing the tired, leftist union mentality of the early 20th Century.” 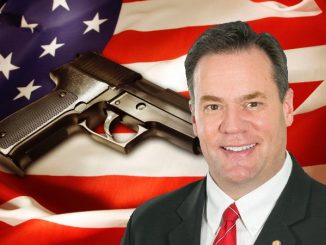