Oregon Wants To Ban All Self Defense

Oregon Marxists are attacking the Second Amendment AGAIN. They have another citizen-control bill (AKA Gun Control) in the Senate scheduled for a remote hearing on February 22nd. But this one goes so much further than their usual. This bill wants to take away all of your rights to protect yourself, and leave you completely defenseless.

Senate Bill 554 would make you a felon without even realizing it.

Even possessing an unloaded firearm can get you a Class “C” felony.

The bill redefines “public buildings” to include the private residence of any state official, and the grounds adjacent to each building. It also includes the passenger terminal, and grounds adjacent, of a commercial service airport.

Their definition of weapon is not just firearms, but any item used for self protection, including slingshots, baseball bats and pepper spray.

Oregon Firearms Federation has weighed in on this destruction of the Second Amendment:

This bill will make you a felon if you travel near an airport and have a firearm, even if you are a concealed handgun license holder.

There are no exceptions and you do NOT have to enter the terminal or even leave your car.

If you pick up a friend or family member and just drive near the terminal or parking lots you can be sent to prison.

But wait, there’s more. The bill will also make you a felon if you go near any loosely defined “public building” that has declared itself a self defense free zone.

We are not making this up. The bill also doubles the cost of a concealed handgun license, but you really won’t need one if this bill passes because it won’t be good in too many places.

Everyone should be paying attention to this bill. If they get away with it in Oregon, they will march it straight through the other states!

Wake up folks, and smell the Communism!

The Importance of Jurisdiction in the Gary Hunt Case 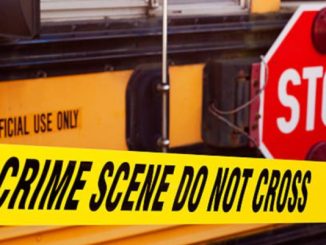 14 Comments on Oregon Wants To Ban All Self Defense