These terrorist attacks resulted in 2,977 fatalities, over 25,000 injuries, and at least $10 billion in infrastructure and property damage.

On September 11, 2001, 19 militants associated with the Islamic extremist group al Qaeda hijacked four airplanes and carried out suicide attacks against targets in the United States. Two of the planes were flown into the twin towers of the World Trade Center in New York City, a third plane hit the Pentagon just outside Washington, D.C., and the fourth plane crashed in a field in Shanksville, Pennsylvania. Almost 3,000 people were killed during the 9/11 terrorist attacks.

At 8:45 a.m. on a clear Tuesday morning, an American Airlines Boeing 767 loaded with 20,000 gallons of jet fuel crashed into the north tower of the World Trade Center in New York City.

The impact left a gaping, burning hole near the 80th floor of the 110-story skyscraper, instantly killing hundreds of people and trapping hundreds more in higher floors.

As the evacuation of the tower and its twin got underway, television cameras broadcasted live images of what initially appeared to be a freak accident. Then, 18 minutes after the first plane hit, a second Boeing 767—United Airlines Flight 175—appeared out of the sky, turned sharply toward the World Trade Center and sliced into the south tower near the 60th floor.

The collision caused a massive explosion that showered burning debris over surrounding buildings and onto the streets below. It immediately became clear that America was under attack.

Rep. Ilhan Omar (D-Minn.), in remarks to a Council on American-Islamic Relations (CAIR) banquet, Woodland Hills, Calif., March 23, 2019, tried to minimize the attacks by saying, “Some people did something.”

Additionally, this freshman congresswoman lied and said that CAIR was formed after the 9/11 attacks, and somehow forgot to mention that CAIR was named as an “unindicted co-conspirator” in the Holy Land Foundation case — an Islamic charity that in 2008 was convicted of funding Islamist militant groups.

From September 11, 2019, we show you the son of a victim of the terrorist attacks in New York. Referring to the callous remarks made by Rep. Ilhan Omar, D-MN, he stood before a crowd and responded to her indifferent remarks: “Some people did something?”

The Country was shocked at her cold-blooded comments. The NY Post put them on their magazine cover to show her just how the world felt about her heartless remarks.

The Main Stream Propaganda whipped into overdrive trying to justify her insensitivity. Everywhere you looked, it seemed, there were “journalists?” trying to put her words into “context”.

But the people were onto her, as they still are today.

We bring you these reminders because Islamist Terrorists are continuing to wage jihad on America. This threat is not gone. Learn to recognize it.

And Never Forget what they have already accomplished. 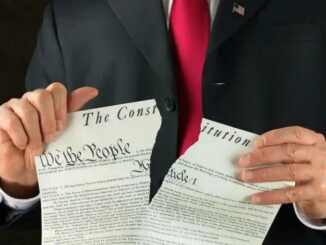 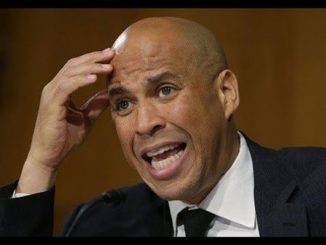