Introduction
Among biblical believers, there seems to be a speculative question concerning God’s interest and interaction in the events taking place in this nation today.

To those in this nation who do not believe in the God of the Bible, this speculation is a dismissive non issue. But for the believers there is a continuing question if God really cares about this nation, and if He does, are we seeing His hand in events that are presently occurring today?

At The Beginning
Part of the answer to that question lies in our past as we fought the Revolutionary war.
There are numerous instances where the weather (which cannot be controlled by man) miraculously changed to aid General George Washington and the Continental army in battles with, and escapes from, the British army.

There were very few men if any, that had the endurance and commitment of George Washington to continue the fight against the overwhelming British army. He suffered many defeats and retreats, but never gave up. There could not have been a more divinely placed man than George Washington to win the war and become our first president. In essence the ragtag Continental Army defeated the greatest army in the world at that time, which absolutely would not occur under normal circumstances, there can be no other explanation except God’s hand was in the final victory.

In fact George Washington said in his first inaugural speech “No People can be bound to acknowledge and adore the invisible hand which conducts the Affairs of men more than the People of the United States. Every step, by which they have advanced to the character of an independent nation, seems to have been distinguished by some token of providential agency.”

Today
As we look at what is occurring in our nation today, is it possible to see the hand of God, or are events just occurring randomly, with no rhyme or reason? It would seem that our founders had established a covenant with God for national guidance and protection, which I believe is still in effect today. I illustrate this belief by the following two events, but others may see many more:

But now, unfortunately, the moral decline of our nation has reached a “point of no return”. The perverted agenda of the LGBT (which is promoted in our school system) is growing, the entertainment world continues to produce it’s gross pornographic garbage, and “legal” abortion continues to kill millions of unborn babies. If indeed God is involved in the affairs of this nation, our present moral state cannot be pleasing to Him, for we as a nation have departed from His guidance and protection.

In the Old Testament it is recorded that when God’s people departed from the moral guidelines He set for them, and began to worship false gods, God dealt very severely with them, allowing foreign nations to conquer them, and remove them from their land.

I am not implying that God is going to do the same to our nation, but the violence of the riots raging throughout the nation, the ongoing pandemic, and the anticipated chaos of the forthcoming presidential election results looks like we may be coming to a “meltdown” that may bring this nation to a complete “reset”.

Conclusion
I use the term “meltdown” because we have less than three months before the presidential election, and both sides (Democrats & Republicans) have declared that they will not accept the results if they are declared the loser. Looking forward to November 3rd is like waiting for a “ticking time bomb” that could set off a level of conflict between the American people that has not been seen since the Civil War, (which God allowed to end the evil practice of slavery).

Lastly, I hope my prediction of forthcoming chaos and strife does not come about, but this nation’s rejection of God’s wisdom and guidance is already “reaping what it has sown”..

The views, opinions, or positions expressed by the authors and those providing comments are theirs alone, and do not necessarily reflect the views, opinions, positions of Redoubt News. Social Media, including Facebook, has greatly diminished distribution of our content to our readers’ newsfeeds and is instead promoting Main Stream Media sources. This is called ‘Shadow-banning’. Please take a moment and consider sharing this article with your friends and family. Thank you.Please support our coverage of your rights. Donate here: Paypal.me/RedoubtNews 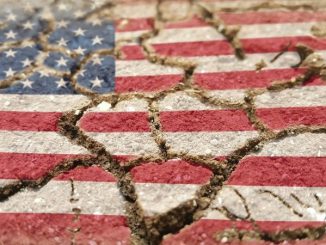 Nation Is Headed For A Moral Collapse 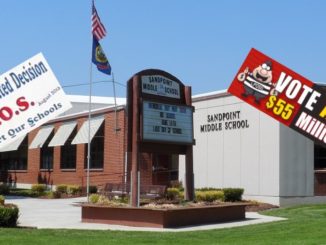