Idaho Citizens Must Object To The Abuses

Idaho citizens must start addressing the multiple abuses of our Republic by Idaho government that have resulted in the loss of Idaho and citizen sovereignty. The federal government has exceeded its enumerated powers through legislative and other actions and Idaho elected officials have allowed this intrusion into our state. In addition, elected officials have not ensured that Idaho laws have been tested in accordance with the Idaho Constitution.

As stated in the Declaration of Independence:

“But when a long Train of Abuses and Usurpations, pursuing invariable the same Object, evinces a Design to reduce them under absolute Despotism, it is their Right, it is their Duty, to throw off such Government, and to provide new Guards for their future Security.”

Idahoans believe the federal and Idaho governments are on the threshold of despotism and that the Consent of the Governed has been abandoned. It is not the intent to abolish the government, but rather restore Idaho government back to its Constitutional principles and in doing so regain Idaho sovereignty. 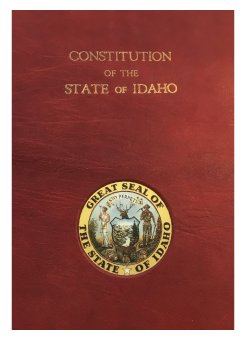 Elected officials in Idaho have long neglected to uphold their sworn oath and duty in allegiance to the Idaho Constitution. In doing so the rights of Idaho citizens have been violated, usurped, and the Consent of the Governed continually rejected.

Examples of these abuses include Idaho statutes that are not faithful to Article I in the Idaho Constitution. Article I Section 2 states, “POLITICAL POWER INHERENT IN THE PEOPLE. All political power is inherent in the people. Government is instituted for their equal protection and benefit, and they have the right to alter, reform or abolish the same whenever they may deem it necessary;” It is necessary for Idahoans to reform Idaho government back to its constitutional principles and restore the political power that is inherent in the people.

Idaho elected officials, rather than govern by consent of the people, engage in partnerships and relationships with outside entities that violate the basic principle of power inherent in the people. Our Republic was not founded on partnerships or regional participation but rather on representation within jurisdictional boundaries. Funding is often attached to these relationships which is predicated on executing the objectives proposed by the entity. Such is the case with the federal government, federal law now governs Idaho through the use of funding to implement its programs. Through its relationships with outside entities Idaho government implements those objectives through public policies. This abuse of power must end.

Other violations of the power inherent in the people is the relationship between Idaho elected officials and non-elected bureaucrats engaging in partnerships and relationships with non-profits, foundations, and corporations, many of which engage in lobbying. These relationships have resulted in the rejection of the voice of the people, and executed the voice of those entities. This abuse of power must end.

Idaho statutes are not tested against the Idaho Constitution to ensure the constitutional principle of power inherent in the people are met. The Idaho legislature fails to adhere to its own rules, by not allowing a proposed bill for debate in committee, and by not having a full reading of a proposed bill to the legislature. This abuse of power must end.

State resources such as land, forests, water, and agriculture are being destroyed due to outside influences that come from the relationships between Idaho elected officials and other entities, including the federal government. As a result, the use of these resources by Idaho citizens is also being removed and again, the voice of these entities has resulted in a much greater influence than the power inherent in the people. This abuse of power must end.

Idaho has citizen experts, citizens who understand the use and management of Idaho land yet that knowledge is never utilized in legislative decisions. Instead, Idaho government has chosen to integrate the faulty, misleading, and manipulated science from outside entities for decisions. This abuse of power must end.

The expansion of the Executive Branch is in violation of Article IV Section 20 DEPARTMENTS LIMITED with its approximately 181 boards, committees, councils, and associations which are not terminated after two years. These entities are outlined beginning on page 88 in the Idaho Blue Book. This abuse of power must end.

Our Republic was not founded on principles of consultation, collaboration, or consensus. Nor was it founded on multi-jurisdictional principles and decisions. Elected officials have chosen to govern based on each of these premises, all violations of the rule of law. Decisions should be made by the inherent powers of the people who hold political power in their jurisdictional boundaries as stated in the Idaho Constitution. It is only by consent of the governed that decisions and laws can be made, not by “stakeholder” collaboration and consensus, and not through multi-jurisdictional decisions in “partnerships” that cross defined jurisdictional boundaries within the state but across state borders as well. This abuse of power must end.

Future threats exist that will further extend the usurpation of Idaho citizen rights. While some of those threats have not yet fully reached Idaho, with the Idaho government currently violating citizen rights with executive orders, denying full representation of the people in decisions, and the selective inclusion of only certain representatives, grave concern is present that this path of usurpation will continue its expansion upon Idaho citizens without their consent in the future. This abuse of power must end.

These are just a few examples of the abuses of power by the Idaho government. As a result of these abuses Idaho citizens no longer have any representation. All efforts by the people, who retain the inherent power of governing, and in which government can only function by the consent of the governed, has resulted in the loss of Idaho sovereignty, not only for the state but for the people as well.

It is time for Idaho citizens, and patriotic groups, to advise elected officials to take notice about their dereliction of duty in upholding their sworn oath to the Idaho Constitution. Elected officials and unelected bureaucrats must be advised of statutes, laws, administrative rules, and all other activity that violate Idaho constitutional principles. Idaho citizens must share these issues and participate together in compelling the Idaho government into taking the necessary steps and restore Idaho to those constitutional principles.

In this endeavor, Idaho citizen experts will be utilized to formulate corrections that can be applied to restore those principles in statutes, legislative functions, and rules. It is incumbent upon the people with inherent power to take on this task and formulate the necessary corrections for elected state officials and unelected state bureaucrats, and through their elected representatives. Idaho elected officials will be remanded to make the necessary changes in law that will restore the Idaho Constitution principles in order to restore Idaho sovereignty.

The abuses of power by the Idaho government is the focus and its contribution to the loss of Idaho and citizen sovereignty. It is time Idaho citizens address these abuses and in which they hold the right to do so.

It is time to come together Idaho. Our common bond is the Idaho and U.S. Constitution. Whatever the issue is for your group, it involves a constitutional violation. Let’s come together, bring those violations to Idaho citizens, and to elected officials, and support each other in commanding our elected officials to make the necessary corrections. It is our right to do so. In response, it is the expectation that elected officials will work with Idaho citizens in correcting those abuses regardless if it is through changes in law, rules, relationships, procedure, or other means. 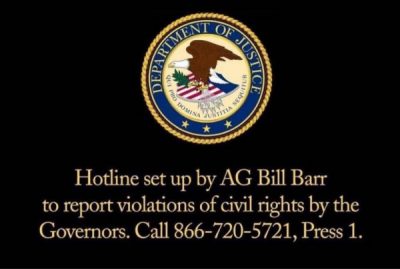 The views, opinions, or positions expressed by the authors and those providing comments are theirs alone, and do not necessarily reflect the views, opinions, positions of Redoubt News. Social Media, including Facebook, has greatly diminished distribution of our content to our readers’ newsfeeds and is instead promoting Main Stream Media sources. This is called ‘Shadow-banning’. Please take a moment and consider sharing this article with your friends and family. Thank you.Please support our coverage of your rights. Donate here: Paypal.me/RedoubtNews 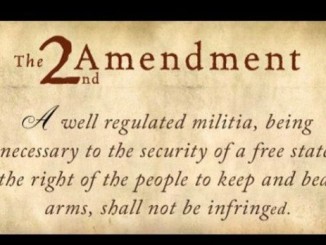 Butch, A Letter To the Governor – Lance Earl 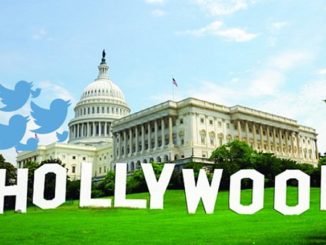