By Hook or By Crook
Farm Workforce Modernization Act

Back in 1986, Congress passed and President Reagan signed the Immigration Reform and Control Act which legalized 2.8 million foreign workers. What has come from that act? Did it solve the problem of illegals coming to the US? Did it solve crime problems? Is our nation better for it?

Let me answer those questions. Workers who gained legal residency from that 1986 Act by-in-large decided to leave Big Ag for better paying jobs. The Act didn’t solve the problem of illegals or farm labor shortages, in fact they increased. More illegals were drawn to America for the gamble they might also hit the citizenship jackpot. How about crime? Many people in the NW Redoubt have been touched by crime from illegals. Murder, drugs, theft, sexual crimes are all part of the illegal alien problem. Another question to ponder is who benefited most from this Act?

Certainly the illegals and their families did. Farmers who hire illegals really did, by saving labor costs while breaking the law because they know what they are doing is illegal. Look around the Treasure Valley, the Magic Valley, up around the Snake River and Columbia country of Washington and Idaho, over toward the plains of Montana. Those green tractors cost just south of $400,000 for the biggest, fanciest ones.

Next time you hear Big-Ag crying poverty, think about that. “American’s won’t do Ag work” they claim. Sure, when the wages are so low you can’t make a living, I guess that’s true. This whole issue is all about profit for Big Ag, its not about survival. My answer is more capitalism; wage and product price equilibrium, and the free market; not dumping cheap labor into America.

The Swamp’s solution for this non-problem is to rewrite our immigration laws to benefit one segment of the economy at your expense. Congress just very quietly passed HR 5038 the Farm Workforce Modernization Act a few days ago on December 11. Its now in the Senate and President Trump has hinted he will sign it. Here we go again.

Lets talk in plain terms about who these workers are. They are not Americans. Why does that matter, aren’t they people? When I recite the Pledge its to this country and my fellow man who lives along side me. I don’t pledge to Russia, China, Iran, Canada, nor Mexico. When people support illegals by giving them a job, harbor them in farm housing, and support them with government programs they are putting those nations ahead of the US. That rhymes with treason in my book. Illegals by definition are breaking the law. They are not lawfully in my nation. They are criminal foreign invaders. And because they have broken that law, think it matters to them if they break a few more?

Don’t you have a heart – they want to immigrate to the US and have a better life? Ya, so does the whole world, so what? These foreign invaders want to come here and work because they can’t get work in their home nation. Not my problem. Make no mistake, they don’t want to become American’s like you and me. I know this because our Great, Great Grandfathers and mothers who came through Ellis Island did so to become Americans. They abandoned their national language and learned English. They adopted American customs. The integrated into the melting pot of America. These foreign invader Ag workers don’t do any of those things. They keep to themselves, speak their own language, and send money back home. That’s not what I call integration or immigration.

Lets talk about fairness. This bill will put illegal invaders on the path to citizenship, but they have to play nice in order for that to happen. These workers would have to work as indentured servants for 10 years or more – without complaining about low wages or they get sent home. American’s will lose their jobs to foreign invaders – guaranteed. Once these workers have served their indentured period, they will leave and compete against you in your workplace. Who comes behind these Ag workers-turned American’s? More illegals in a never-ending cycle, just like they did in 1986. Who foots the bills for their healthcare, welfare, schooling for their kids, costs of their crime and caring for their victims? I think you already know. Any of this sound fair to you?

We have plenty of illegals and the nation is still just fine……right? Just yesterday a story came out in Breitbart that 26 Congressional seats will be pulled from red states and given to blue states just in time for the 2022 elections – two years into Trumps second and lame-duck term. Idaho is one of the states expected to lose a seat. We know illegals overwhelmingly vote Democrat, so its easy to understand why Dems want this amnesty. All Democrats in the House voted for Farm Modernization Amnesty except 7.

What might surprise you is 34 Republicans (both Simpson and Fulcher from Idaho; Herrera Beutler, Newhouse, McMcMorris-Rodgers from Washington; and Greg Walden from Oregon) voted for it also! These are your Representatives folks – offer to buy them a Mexican flag for their office. I’d be curious to know who their golfing buddies are, wouldn’t you? The only NW Redoubt “Republicans” who voted against this bill were Liz Cheney of WY and Greg Gianforte of MT. If the House did this to us here in the Redoubt, what do you suppose the Senate will do? It doesn’t take much of an imagination to see that very soon this nation will be controlled by the Democrats and will be permanently socialist and/or communist.

On December 23, 1913 Congress passed the Federal Reserve Act under the cover of darkness while their politicians were at home for Christmas. We know what happened there. In 1986 Congress put almost 3 million invaders on the path to citizenship, and what has happened since? Today, Congress is being very quiet about HR 5038 – the Farm Workforce Modernization Act.

If ever there was a reason to raise heck and contact your Senator, its now. If they pass this treasonous legislation, its over. No more by hook or crook then – they will have a permanent majority and you won’t matter. Your Senators phones need to be ringing off the hook. Their mailboxes overflowing. Lets do this.

Cliven Bundy And 4 Others Indicted for Bunkerville 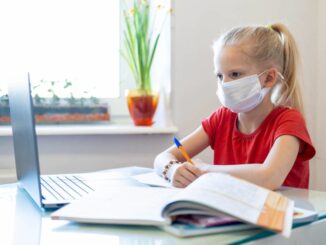 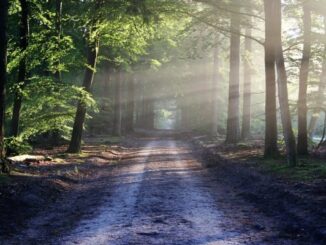 Is There a Path to Victory?