America is about to transition into a member state of a global government via USMCA!  Trump’s advisors are lying to him or he wouldn’t be for it.!!! Just one patriot w/Trump’s ear needs to open his eyes, deceived by trusted advisors about USMCA, because it will take our sovereignty. Or kiss freedom goodbye.

America’s continuation as the greatest free Republic in history is teetering on the brink of finally being taken down by the ever cunning globalists using truly deep state directors from The Council on Foreign Relations (CFR) and the UN who have crafted a scheme designed to accomplish taking our sovereignty like a slow but very lethal poison.

It is being pulled off because our fabulous fighting President has so many balls in the air to keep his caring eyes on, there becomes a point where no man can accomplish such a monumental task without the help of trusted advisors.

As I have stated previously, “Being a huge Trump fan and wishing him the best in all that he does, I am sickened to report that he is blind as a bat on this USMCA he is heralding as the answer to replacing NAFTA.

Unfortunately, due to all the issues he has to juggle constantly, my opinion is that he is left to trusting those he shouldn’t be trusting.  I believe President Trump can’t possibly know what is in it or he wouldn’t be promoting it.

Quoting Christian Gomez of The New American magazine in his special report ‘USMCA – A TPP Redux? ‘ – “ Virtually all of the problems inherent in the TPP are likewise contained in the USMCA, such as the erosion of national sovereignty, submission to a new global governance authority, the unrestricted movement of foreign nationals, workers’ rights to collective bargaining, and regional measures to combat climate change.”

You would thnnk that Larry Kudlow as Trump’s Director of the Economic Council is someone he should have full trust in.  And apparently he does.  I have heard Kudlow repeatedly make supporting statements that Robert E. Lighthizer is the best trade negotiator we have and the man responsible for the creation of the new proposed trade agreement known as the USMCA.  Really.

There are a lot of problems with that though.  Firstly, is Kudlow unaware of what is in the USMCA, which would be quite incompetent of him in his position, or is he a deep state party with Lighthizer to the utter treachery contained within this bogus agreement?  I say bogus because the lead negotiator on the USMCA, Robert Lighthizer, was also the lead man on both TPP (which Trump bagged three days after his presidency began) and NAFTA.  And, Robert E. Lighthizer is a member of the globalists’ CFR.

“The USMCA looks to be the trade pact formerly known as NAFTA plus 10-20%. Hope it becomes a precedent for TPP. I suggest the US-Pacific Trade Agreement (USPTA),” Haass said on Twitter, adding, “What matters is that the US joins it; doing so would bolster our strategic position visa-vis China and our economy.” The next day, Haass again took to Twitter, where he reiterated his renewed hope of the United States rejoining TPP. Haass tweeted: “USMCA is NAFTA plus TPP plus a few tweaks.”

The USMCA — the NAFTA replacement — represents the next globalist step toward the economic integration of the United States, Mexico, and Canada into an EU-style North American Union.

President Trump can’t have it both ways. He can’t have the border wall and the USMCA.  They are antithetical!  Wanting both is a gigantic contradiction!

States Christian Gomez in his ‘What’s Really in the USMCA:’

“The USMCA’s labor chapter (Chapter 23), as The New American has also previously reported, could serve as a beachhead for a cross-border migration invasion similar to that experienced in the European Union. In language that is virtually identical to that found in the TPP, Article 17.5 of Chapter 17 of the USMCA states: “No party shall adopt or maintain … a measure that … imposes a limitation on … the total number of natural persons that may be employed in a particular financial service sector or that a financial institution or cross-border service supplier may employ … in the form of numerical quotas or the requirement of an economic needs test.” This opens the door for Mexico and the current radical socialist government of Mexican President Andrés Manuel López Obrador or for a Mexican, a Canadian, or even a U.S.-based company to sue the U.S. government for restricting the number of employees that such a company would want to bring across the border into the United States.”

From The John Birch Society:

USMCA: Threat to Our Independence

The United States-Mexico-Canada Agreement (USMCA or NAFTA 2.0) picks up where NAFTA left off. NAFTA was originally intended as “the architecture of a new international system” and not as a conventional trade agreement. It set the foundation to integrate the three North American countries. The USMCA will move us closer to a full-blown EU-style North American Union.

Even though President Trump withdrew the US from the Trans-Pacific Partnership (TPP), sections of the TPP show up in the USMCA word-for-word! In fact, chief globalists are already endorsing the agreement.

Chapter 30 of the USMCA/NAFTA 2.0 establishes a new governing bureaucracy – an unelected, unaccountable Free Trade Commission overseeing various lower regional committees. Much like the TPP Commission, the Free Trade Commission can make changes to the USMCA without the consent of Congress. This completely undermines Congress’ Constitutional Article I, Section 8 power to regulate trade with foreign nations.

Consistent with other globalist schemes, the USMCA follows the “rules-based system” of submission to international bodies such as the World Trade Organization, International Labor Organization, a plethora of United Nations conventions including the Law of Sea Treaty (which the U.S. has never ratified), and the furtherance of “sustainable development,” which is mentioned no less than six times in the environment chapter.

Part of a World Government Build-up

The USMCA is part of a startling, but purposeful, strategy used by the globalist elites to integrate individual nations into regional unions with overarching unaccountable bureaucracy. These regional unions help to create a “new world order” that is being organized under the United Nations. The UN’s Commission on Global Governance wrote in 1995 “regional cooperation and integration should be seen as an important and integral part of a balanced system of global governance.”

Existing unions include the European Union, African Union, Union of South America, Eurasian Economic Union, and more. We’ve stopped similar trade deals in the past, including the Free Trade Area of the Americas, the Security and Prosperity Partnership, the TPP, and the TTIP.

In a nutshell, here is what is wrong with the USMCA:

Remember, the global government will be run by unelected, unaccountable global power elitists who know best about everything for everybody.  Property rights, capitalism, and true freedom will dissolve in their socialist world.

Get involved in the fight to stop this huge Trojan Horse now before it is too late.  See: How to Stop the Passage of the USMCA
Please see Christian Gomez’s two special reports:  ‘What’s Really in the USMCA?’ and ‘USMCA – A TPP Redux?’
Also see:
USMCA | United States-Mexico-Canada Agreement – THE FULL ACTUAL DOCUMENT
NAFTA’s Next Phase toward North American Union?
President Trump’s Brutus and Cassius?
Americanism Not Globalism!
USMCA Advances the Globalist Agenda!
ID’s US Sen. Risch: Don’t Vote with Trump on USMCA, Have the Guts to Show Him What He’s Not Aware Of!
Negative Impact of USMCA on U.S. Cattle Industry Predicted
USMCA Passage: At What Cost?

USMCA: What They Are Not Telling You – 33 min. video 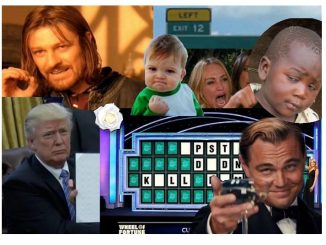 Meme Them, Mock Them

Government Turns Hostile on Their Own Witness 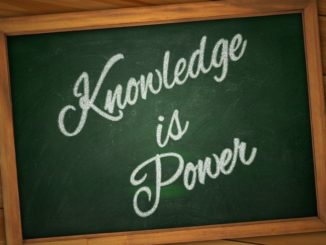 Choose to Unleash the Power of the Free Market

2 Comments on USMCA Will Make America Part of Global Govt