A “HE And SHE” Scenario Turned Real

He and She were happy and bursting with anticipation. They would get to meet their adopted daughter from a foreign country on this momentous day. They could bring her home, and their family would finally be complete.

They had endured all processes and completed all the required forms, had engaged the necessary law firm, had dealt with the various agencies involved in international adoption of children, had gone through official background checks, disclosed financial histories individually and as a family, had medical records reviewed extensively, had proven finally that they were excellent candidates to adopt a child. They had been adjudged to be of good character, were predisposed and positioned in every way to properly and responsibly nurture and attend the child’s development in all ways. And now the moment had finally arrived.

In joyful celebration they brought home their new daughter, whom they would love and cherish forever more. He and She both wanted this. Their son was somewhat detached, but open and receptive to the fact that he was to have a sister who was almost his age, that she would come from a foreign country. The boy was agreeable.  All seemed in order.

Yet within a few months He and She were, to their concern and growing dismay, alerted by this new daughter’s behavior that something was wrong. Deeply wrong.

The entire bureaucratic system dictating procedures for international adoption of children had not been capable of conveying to He and She the fact that their new daughter could be a victim of Fetal Alcohol Spectrum Disorder (FASD) or Reactive Attachment Disorder (RAD).

The troubled daughter had poisoned the family dog, attacked with fists her surprised brother, tried to set fire to the family’s home, and was irrational at times in many unpleasant ways. Something was definitely wrong. He and She sought counsel, sought therapists, psychologists, psychiatrists over a period of months.

But government-recognized programs, clinical approaches, therapists, counselors, peer groups, community programs, all fell short of what He and She knew in their hearts their child needed. They loved her, and they gradually came to understand that she needed a truly holistic and all-encompassing sort of help. They ventured cautiously to search outside the “health care system” infrastructure.

One day someone told them about Ranch For Kids in Montana. He and She went to their website and went all through it. They arranged to fly into Montana and see the school and meet the staff. They brought their daughter with them on the trip.  He and She liked what they saw, and liked even more what they learned about the school’s holistic approach to full spectrum healing for children with their daughter’s condition.

In talking with the Ranch For Kids executive director, Mr. Bill Sutley, they were confident that they had at last found the help they so desperately needed. He and She discovered that, in the case of their daughter’s needs, Ranch For Kids was the ideal alternative to government-sponsored approaches . They had learned first-hand that a diversified segmented bureaucratically organized network of specialists does not always build the sort of inner security such FASD children need.

Their daughter was enrolled. Soon thereafter the daughter started the healing phase of her young life. She was liking it. Her communications to He and She were positive and upbeat.

He and She felt hope and a sense of relief.

But the next thing anybody knew, the government stepped in.

Out of the blue, in a surprise show of bureaucratic whim on July 23, 2019, a bevy of government officials descended upon the school during the first morning class. They announced that the government was closing the school and would be taking the children into State custody. CPS was involved. Health and Human Services was involved. Law enforcement was involved.

The school kids, who were there to recover from previous abuse and trauma, were taken aback, felt an uncomfortable threat to their security in the show of force by the authorities. The law enforcement officials were respectful and were not intimidating, but the authoritarian-minded government officials zealously asserted their “authority” which caused many of the children to register an intensifying and disquieting concern.

Drawing Mr. Sutley and his staff aside, separating them from their students, the authorities proceeded to round-up the twenty-seven kids belonging to parents who shared the same sort of scenario experienced by He and She. The parents had not been notified. The school had not been notified. It was planned as a surprise operation, and was based on “alleged complaints of abuse”.

The children were rounded up and transported away for examination and debriefing by strangers in government offices. He and She would learn what had happened to their daughter later, after she and the other students had been taken away.

The details of the actual invasion are described by the school’s executive director, Mr.Bill Stutley, in this raw footage video.

In part two of this report we will learn more about the program for full spectrum healing of FASD kids at the Ranch For Kids school at Rexford, Montana. We will also learn some things which the media’s biased narrative in published articles have not disclosed. This is a large and complex story, and it’s telling is just beginning.

Elias Alias is the editor of The Mental Militia 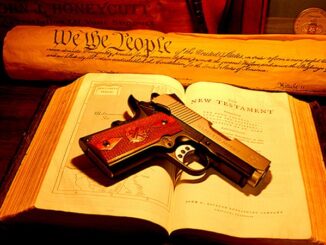 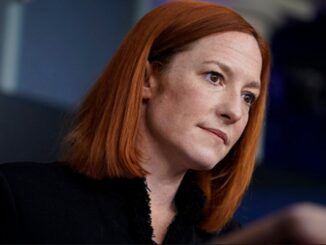