Hemp Is NOT Marijuana

On December 20, President Trump signed the 2018 Farm Bill which allowed Americans to legally grow, use, and transport hemp products. I was excited and encouraged to use this new law as a pathway for the people of Idaho to obtain CBD Oil, a hemp supplement used by many for medicinal benefit.

Idahoans, as well as all Americans, should have a right to try substances and supplements they believe are needed for their personal healthcare. Idaho’s conformity to the 2018 Federal Farm Bill, which House Bill 122 would have accomplished, seemed to be the obvious direction for lawmakers to follow.

The first hearing of HB 122 went through the House Agriculture Committee with only one opposing vote. Many people from all over Idaho testified to the vast array of products which could be produced here. The growing of hemp, and the many manufactured products it would bring, looked like a huge win for Idaho’s agricultural and manufacturing communities. The Idaho Farm Bureau and the Idaho Ag Producers immediately came out in support of HB 122.

This is the third attempt to legalize CBD Oil in Idaho over the past three legislative sessions. The prospect for cultivating hemp in Idaho has been attempted for decades. There was no secret among growers, manufacturers and law enforcement that CBD Oil and Hemp would be topics for the Legislature’s consideration this year.

The Idaho State Police, Sheriff’s Association and Prosecutors remained silent during the bill’s print hearing. The House Agriculture Chair postponed the bill’s vote for four weeks to give these groups time to provide input. Their biggest concern was that HB 122 would open the door for the introduction of Marijuana into Idaho.

Hemp and CBD Oil is not Marijuana, just as poppy seed cake is not Opium.

Law enforcement groups have offered many amendments to HB 122 that have totally changed the bill from an Agricultural opportunity to a burdensome law enforcement and expansion takeover. The sponsors of this bill have worked with the Governor’s office and Law enforcement to provide a means for lawful production of this very important economic opportunity.

HB 122 went before the Senate State Affairs Committee, instead of the Senate Agriculture Committee after it passed the House by an overwhelming 63 to 7 vote. This change in committee assignment confirmed that the Senate would treat HB 122 as a law enforcement bill rather than conformity legislation adopted in the 2018 Farm Bill.

Last week, amendments presented by the law enforcement groups to the Senate Affairs Committee removed the exemption of hemp from Title 37 where hemp would be defined separately from Marijuana. Amendments would also keep hemp as a schedule 1 drug even though hemp offers no hallucinogenic effects.

The steps outlined in HB 122 for the Idaho State Department of Agriculture to regulate the production, manufacture, and transportation of hemp were all but removed. The Law Enforcement amendments would put hemp producers and the movement of hemp and hemp products across state lines in jeopardy. As such I am withdrawing my sponsorship of HB 122.

Of The People – Maximum Democratic Principles

Woodward is Completely Disconnected From the People 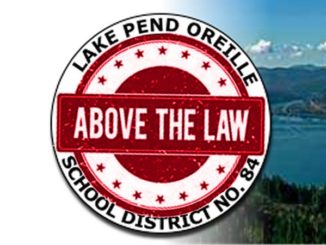 4 Comments on Hemp Is NOT Marijuana by Rep. Dorothy Moon