It is well known that the federal government is heavily in bed with non governmental organizations (NGO), especially our resource agencies through the Department of Interior (DOI) and the U.S. Forest Service (USFS).  What may not be understood is how big that bed is or why federal agencies continue to implement NGO objectives over the voice of citizens.  The Network For Landscape Conservation (NLC) provides the ex 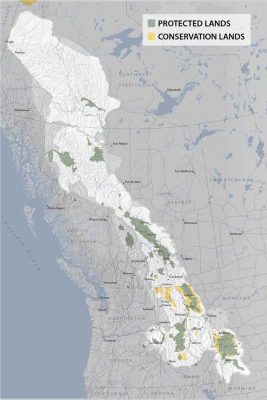 The NLC “mission” is advancing “…collaborative, cross border conservation as an essential approach to connect and protect nature, culture, and community”.  Note should be taken on that cross border statement.  This means across states, counties, and countries, the primary country they are referring to is Canada.  There is no recognition of jurisdictional boundaries.

NLC is a “hub” of organizations and individuals who participate in the agenda to place as much land as possible into conservation.  U.S. Fish & Wildlife Services (USFWS), Yellowstone to Yukon (Y2Y), Nature Conservancy, Land Trusts, Bureau of Land Mangement (BLM), conservation zealots, and others all serve on the coordinating committee.  NLC membership includes “100-plus organizational partners and 2,000-plus involved practitioners.”

While NLC claims to “bring people together”, it is really about robbing citizen rights for representation through their elected officials, instead placing decisions with those who have no interest other than implementing their own ideology.  By their own admission, they recognize this is a “shift in process” that “…crosses jurisdictional and topical boundaries, transcending traditional decision-making processes (meaning the foundation of our government as a Republic), and top-down hierarchies.”  It is government run amok with tyranny.

Recently, Landscape Conservation Cooperatives were “discontinued“.  However, efforts are now underway by USFWS and state agencies to fund the same objective through “public and private partners” and continue their conservation  work.  NLC is also pursuing funding for their objectives through a newly created Catalyst Fund, with money coming from foundations.  This money will be used to help “build capacity“, that is, it will bring in more partners to overpower us with their objectives and build up NGO activity. 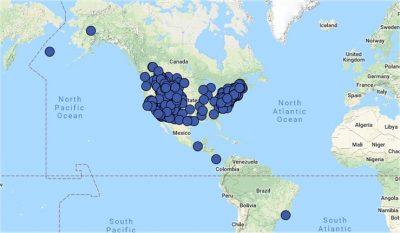 All of their initiatives in Idaho can be found on this map with the names of the groups that are executing their agenda upon us.  Get to know those names so you know who you are dealing with, and their objectives.  Since the cooperatives were eliminated, or at least diminished in their capacity, the governments and NGOs are now coalescing into organizations such as the NLC, there are many others.  This is creating  possibly a new, more powerful mass that will increase their threat towards us.

As seen here, NLC partners include the USFS, BLM, National Park Service, USFWS, NGOs, land trusts, foundations, policy centers, and universities.  Nowhere to be found are citizens or local governments.  It is these groups and individuals who are making decisions with the federal government on land use, if use is even allowed at all.  In conjunction with these groups, federal agencies write policies, then, using the Delphi technique, parade around in front of us with a charade of phony collaborative meetings to placate us into believing we have input.

Opposing science to theirs is ignored, violating the Data Quality Act, and impacts to local businesses are dissed which is in conflict with the Regulatory Flexibility Act.  Included in these ignored laws is the mandate for Coordination, the requirement that a federal agency meet with local governments to ensure consistency in land use policies prior to any action being taken.

While the NLC claims local governments are aware of and support landscape conservation, when is the last time your elected official announced this support to constituents?  Is it the intent for local governments, who hold the highest authority for governance closest to the people, to align “…with appropriate state, federal and non-governmental programs to support landscape conservation…”?  Or is that support hidden through unelected associations such as the National Association of Counties?

NLC admits to incorporating their objectives “…into existing state policies and programs—in traditional conservation programs like State Wildlife Action Plans…”.  There is no escaping the fact that the intent is to align government policies that support landscape conservation in all levels of government.  To learn more about those objectives NLC has archived webinars which provide insight into how these individuals and groups think and their ideology.

The truth is, federal agencies are in partnership with the NLC and its members to develop policy, however the members of the “Policy Working Group” are not identified.  A policy paper was written for President Trump shortly after he was elected, deciding for you that you believe in their brand of conservation, asking for continued use of your tax dollar to support them, and supporting the creation of partnerships with the private sector.  Perhaps the groups listed in that paper identify those who are part of the working group. 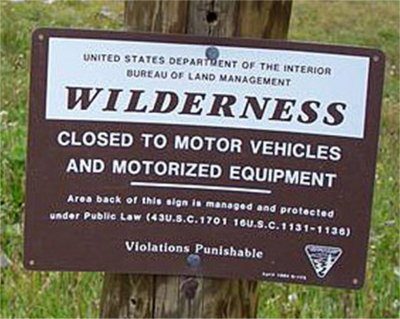 This is why citizens cannot get their voice heard, the NLC and all of their cronies have already made the decision with the federal government.  In fact, the 1964 Wilderness Act was written by Howard Zahniser from the Wilderness Society.  That is how long the NGOs have had control.  Completely left out of the equation is local government and citizen involvement.  The federal government works for these groups, not us.

For all of those who are experiencing these atrocities on local issues, your voice being ignored in decisions about public land, take this information to your next meeting with a federal agency, start asking questions about their partnerships with NGOs, and provide those NGO names.  Make them aware that you know these partnerships exist and ask that documentation of their work with each other is made available to you.

Demand answers, you have a right to know who is running the show with these agencies.  Publicize your knowledge about this information, identify the groups and players and name them, identify their objectives and how it aligns with federal agency actions.  Expose them, confront them, let others know so they can join you.  Now is the time to disrupt their agenda and expose the truth.