The Idaho Public Utilities Commission has denied the proposed merger of Avista Utilities and Hydro One.

In its order, the Commission said the transaction is prohibited by Idaho Code §61-327, which limits the ability of an electric utility to sell assets in certain situations.

Although Hydro One is an investor-owned utility, the Province of Ontario is its largest shareholder with 47 percent of outstanding shares. The Province also maintains unique governance agreements with Hydro One, granting it significant control and influence over the utility.

That lack of independence “dictates our decision to reject the proposed merger,” the Commission said in its order.

“Hydro One is not purely a private, publicly traded corporation,” the Commission said. “Rather, the management of Hydro One is subject to the Province’s political pressure, legislative power, and special governance agreements.”

The companies filed their joint application for Commission approval in September 2017.

The proposal called for Avista to become a wholly owned subsidiary of Hydro One, the largest electric transmission and distribution utility in Ontario.

Avista would have continued to operate out of its headquarters in Spokane under the same name, with existing staffing levels and management team.

In April, all parties to the case at the time entered into a proposed settlement agreement that contained provisions intended to protect Avista and its customers from financial risk associated with the transaction.

Among 73 commitments outlined in the proposed settlement were nearly $16 million in rate credits for Idaho customers over five years and more than $5 million to fund energy efficiency, weatherization, conservation and low-income assistance programs over a 10-year period.

More than 600 public comments were submitted in the case, nearly all in opposition to the proposed merger, and testimony was accepted at three public hearings held in Avista’s service territory in mid-June.

A technical hearing set for late June was postponed until November after Hydro One’s chief executive officer retired and its entire board of directors resigned under political pressure from the premier of the Province of Ontario shortly after the premier took office in June.

In mid-November, an amended settlement proposal was submitted to the Commission. It contained 79 commitments intended to “address the impact of the management changes and the potential for Provincial involvement in the affairs” of Hydro One and Avista.

In its order, the Commission commended both the extensive public participation and the significant efforts made by the parties to the case to reach a settlement intended to protect Avista’s property and customers.

Despite those efforts, the Commission emphasized that its decision is guided and constrained by Idaho Public Utilities Law.

“The prohibitions of Idaho Code §61-327 cannot be nullified with generous settlement terms and robust ring-fencing provisions,” the Commission said.

Although the applicants argued that “any other state” should be interpreted narrowly, to include only other states within the United States, the Commission disagreed.

“The Applicants’ narrow concept of state would yield the absurd result of prohibiting purchases by entities owned by other states of the United States, while allowing such transactions if the entity is owned by a foreign country,” the Commission said.

Hydro One was a Crown Corporation owned entirely by the Province of Ontario until 2015, when it was partially privatized. Today, the Province is not only Hydro One’s largest shareholder but it also maintains a unique governance agreement with the company that prohibits any other shareholder from owning more than 10 percent of Hydro One’s common shares, in addition to a 2018 letter agreement that that spells out how Hydro One will be governed and the Province’s role in its governance.

While the applicants assert that these agreements are intended to protect Hydro One’s independence from the Province, the Commission said the resignations of the utility’s CEO and board in June indicate otherwise.

“It is abundantly clear that the Province does not have to own 51 percent of Hydro One in order to effectively control the company,” the Commission said.

“Based on the recent events surrounding the Province’s intrusions into Hydro one corporate affairs, any other conclusion would be unreasonable and ignorant in light of the uncontested facts and evidence. Consequently, we find that Hydro One has acted in concert with the Province of Ontario, formally and informally, directly and indirectly.”

The Idaho Commission was one of five state regulatory entities required to approve the merger.

Had the merger been approved, Avista would have gone from being one of the smallest regulated electric utilities in North America to being a part of one of the largest, with more than $25.4 billion in assets.

The Commission’s order and all other documents filed in this case can be found here. 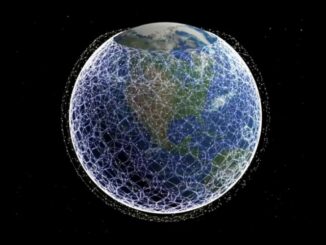