Is There A Geologist In The House?

I stumbled across a map of Idaho’s Mining Districts and couldn’t help notice the multitude of Districts and their coverage across our minerally endowed state. You might as well be surprised to discover that the lands encompassed by the Salmon-Challis National Forest are among the most prolifically populated with mining districts. Who would have guessed?

I read the Draft Assessment for the Salmon-Challis National Forest, an assessment that will guide the Forest’s future development plan for mining and mineral development for the next twenty years and found only five pages of boilerplate dribble on the subject; nothing about the Forest’s world-class metal reserves. No mineral evaluation, no synopsis of mineral reserves, no overview of strategic metals, nothing on active, historic or future mining potential. Zip, zero, nadda….

Amazing isn’t it? A not so difficult Google search will list hundreds of mineral reports, many from the prestigious U.S.G.S. (United States Geological Survey). Nothing reported in the Draft Assessment about this vastly rich and strategically significant mineral cornucopia, much of which is listed for Wilderness designation. Let me share some easy to obtain informative data that is suspiciously absent in overview of mineral resources.

Not a bad historic return based on current metal prices, likely a small portion of total future reserve capacity. But who’s counting!

Mineral development activity in and near the Challis National Forest has been of great economic significance to Idaho and the United States. Since the 1860’s, mines within the forest have produced mineral commodities worth more than $590 million at current (1989) commodity prices. Identified mineral resources have a gross value of about $2 billion at current prices and include eight strategic or critical minerals.

This U.S. Bureau of Mines study identified and described 723 active and inactive mineral properties within the forest. Mineral properties with identified resources were evaluated to determine their economic significance, and an assessment was made of the feasibility of mineral development. Of the 2,516,191 acres in the Challis National Forest, about 390,000 acres were classified as having mining development interest. Commercially important mineral production, mainly of molybdenum, gold, and silver from the Challis National Forest, is likely for the foreseeable future.”

Wonder how they missed this? Probably didn’t give a schist.

U.S. Department of the Interior

From the Stone Age to the present, mineral commodities have been essential ingredients for building and advancing civilization. Products built with materials derived from mineral resources include homes and office buildings; cars and roads; computers, televisions, and smart phones; and jet fighters and other military hardware needed to defend the Nation. In short, minerals are essential to advance and protect modern society.

When the periodic table of elements was first established in the latter half of the 19th century, many of the elements were known to exist in nature, but relatively few were being used by society. Today, discovery of new uses for an increasing number of elements is enabling rapid innovations in technology and materials science. Advances in telecommunications, information technology, health care, energy production, and national defense systems have all been possible through the use of new mineral materials.

The Nation was largely built on the products produced from its mineral deposits. The future will also be built on a foundation of minerals, many of which will continue to be discovered and produced from across the country.

Secretary of the Interior

So, let’s see what we know of the above highlighted elements that might be locked up in this proposed Wilderness wasteland. 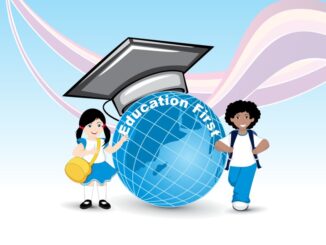