The Case of Donald Manuel Paradis

I read an article the other day about a man named Donald Manuel Paradis, 69. Paradis was exonerated from prison after being incarcerated for 20 years including being on death row.

Paradis was originally arrested for the murder of a girl in 1980. Paradis was arrested in September 2017 for aggravated battery, aggravated assault, possession of meth, and a deadly weapons enhancement. This seems like a typical report of a mix up in a case, where the courts shouldn’t have let Paradis out. However, I think that there might be a little deeper story here.

Paradis was part of a motorcycle gang, Gypsy Jokers. The Jokers were one of the most prominent motorcycle clubs starting in the 50s and 60s, but did not encounter controversy until the early 2000s.

It can be assumed that there was some kind of dealings that occurred between the Kimberly Anne Palmer, Scott Currier and the Jokers. The couple was living out of a nearby motel. It was reported that they went to confront the Jokers, at Paradis’ house, about guns that were stolen from their motel.

While the crime took place in Paradis’ house, Paradis was not there at the time. Paradis did admit to helping dispose of the bodies. Which would make him guilty of a crime.

Paradis was 31 at the time. 31 years old with absolutely no previous record. I find this interesting for a man who is being painted as extremely violent. Typically in one’s younger years we can see a trend in violence through run ins with the law. However, even after Paradis was released from prison in 2001, and until 2017, there are no violence or property crimes to be found.

Instead we see nothing but traffic violations, and civil cases, including two divorce cases. This was far from his behavior before prison. Keep in mind that he did not even have a violation before prison. Even during the divorces no charges of domestic violence were filed. What further seems to be bizarre is that the only case that seems to have any actual acts of violence is Paradis’ most recent case.

I think there are two possibilities that we can draw from this. First, the police harassed Paradis more than the average citizen. Secondly, prison life put him into a position where he was far less inclined to obey the law.

The prison environment can make us do some pretty harsh things. This is especially true of those of us that have been members of gangs or have “jackets.” What living inside of a prison will do to someone is place them into survival mode. More people come out of prison better criminals than when they go in.

Now I am not advocating acquittal or dismissal. I am far more curious about the reason behind his violent behavior. Because right now the claim is that a man went 31 years without any signs of violence, then was falsely incarcerated for over two decades, and finally went over a decade and half more with no signs of being a threat is now dangerous.

Let’s look at some of the details from this case. Paradis had a roommate who was intoxicated. This room mate threatened Paradis’ dog. Paradis told his roommate that he needed to pack up and get out. After returning from the gym Paradis found his roommate to be in a much more aggressive mood. Paradis brandished a pistol style BB gun in an attempt to scare away the unwanted guest. Paradis admitted to this.

It seems like in both cases Paradis admitted to what he had done. This 2017 case seems more like a domestic dispute and would really have more to do with property rights. Whomever owned the property would have a right to the property and have the right to defend his property. Now if the roommate had a contract to live there then there would be more complex issue at hand, however nothing that I have read has said anything about a legal agreement for the roommate to be there, which would then default to Paradis’ right to his property. Furthermore, Paradis asked him to leave.

From what I have observed I believe that the state created this man through sub par police work, harassment, and a monopoly on the use of force. Simply put, I see Paradis as the by-product of the criminal industrial complex, and a tool for the media to manipulate in order to drain more resources out of the people under the false banner of security. Unfortunately, I cannot confirm the allegations made above without further inspection. However, I can tell you that I will continue to follow this case.

Nonini is NOT Dropping Out of the Race 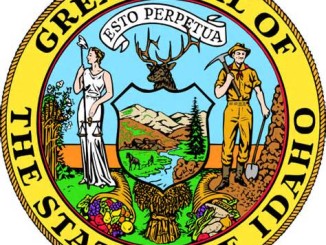 2 Comments on The Case of Donald Manuel Paradis