What Are the Step 2 Consequences
for Any National Healthcare Program

Combine this government created authority to bypass your rights with the big expansion of power through the Affordable Care Act (ACA) and the justification of a National Healthcare program.  Through the use of precedent and knowledge of history, we can predict what our future may be if we stay on our present trajectory:

Does that sound “extreme”? Think about this. The federal government has an agency called the Dietary Guidelines Advisory Committee (DGAC). This committee meets with the sole purpose to:

“encourage Americans to focus on eating a healthful diet — one that focuses on foods and beverages that help achieve and maintain a healthy weight, promote health, and prevent disease. A healthy diet can reduce the risk of major chronic diseases such as heart disease, diabetes, osteoporosis, and some cancers.”

What could that agency do with a “compelling governmental interest” over your health? Perhaps they could, through HHS, regulate the food industry to make it impossible to produce food that was not “approved” under the standards, making it impossible to buy anything that is not approved by HHS. Of course the FDA is never going to give up this prime opportunity to expand its regulatory power. Having HHS deem “unregulated” food “unlawful” to sell or distribute will give the FDA all the encouragement they need to issue regulations that will prohibit the sale OR CONSUMPTION of ALL food that is not properly regulated by the FDA. After all, we already violently regulate raw milk and cheese. This could mean that your farmer’s market, your road side fruit stands, and even your backyard garden will be made “unlawful” unless it is regulated by the FDA. That is also not beyond comprehension due to the passing of the Food And Safety Modernization Act on January 4, 2011. The FDA describes this Act as:

The FDA Food Safety Modernization Act (FSMA), the most sweeping reform of our food safety laws in more than 70 years, was signed into law by President Obama on January 4, 2011. It aims to ensure the U.S. food supply is safe by shifting the focus from responding to contamination to preventing it. (emphasis mine)

This act does not just control major food distributors and manufacturers, but also has a section that gives the FDA control over “very small farms” and “roadside markets”.

How does this administration view the coal and oil industry? With a “compelling governmental interest” in your health, one government study by the CDC that declares that there is a significant increase in the development of cancer or other diseases among workers in these industries, could give the government the authority to regulate them out of business. Isn’t the EPA already doing that to private businesses?

What if you live in a rural area and have to travel an hour to get to the nearest hospital. Do you consider it outside the regulatory power of the government to tell you that living so far from a hospital negatively impacts their ability to render proper and affordable healthcare, so you must move closer? Perhaps they could create zoning regulations that prohibit the construction of any residential area beyond a certain radius of a properly regulated hospital. What if the government then creates a regulation that forces all hospitals, both public and private, to comply with all government regulations, even when they conflict with the interests of the private hospitals, forcing the shutdown of all privately owned hospitals. Oops.

The ACA expanded the precedent of federal power and established in the minds of those who do not recognize the limiting nature of the Constitution, that the federal government has the power to enforce any law, anytime, anywhere.  James Madison, father of the Constitution & 4th President gave Congress this warning in 1792:

“If Congress can employ money indefinitely to the general welfare, and are the sole and supreme judges of the general welfare… I venture to declare it as my opinion, that, were the power of Congress to be established in the latitude contended for, it would subvert the very foundations, and transmute the very nature of the limited government established by the people of America.”

And as the Supreme Court continues to follow precedent rather than the Constitution, it will have no other choice but to authorize further elimination of your Liberty. Here is what Jefferson said about this slow creep:

“It has long however been my opinion, and I have never shrunk from it’s expression, that the germ of dissolution of our federal government is in the constitution of the federal judiciary; an irresponsible body, (for impeachment is scarcely a scare-crow) working like gravity by night and by day, gaining a little to-day & a little tomorrow, and advancing it’s noiseless step like a thief, over the field of jurisdiction, until all shall be usurped from the states, & the government of all be consolidated into one.”

So, are you starting to get the picture?

If you would like to learn more about the Constitution or schedule KrisAnne to speak, please visit KrisAnne at http://krisannehall.com/ 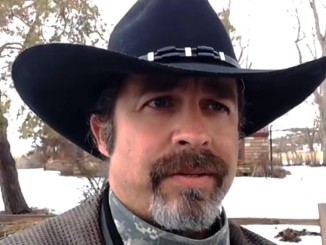 5 Comments on Consequences for Any National Healthcare Program