The Washington Post has reported on Thursday that Facebook is continuing it’s purge on “more than 800 U.S. publishers and accounts for flooding users with politically oriented content that violated the company’s spam policies, a move that could reignite accusations of political censorship.”

We saw many conservatives shut down this week as Facebook makes every appearance of attempting to meddle in the Mid-Term elections. This author’s personal account has been shut down again for sharing Conservative articles and viewpoints.

The WaPo article continued to tell us:

“Some had hundreds of thousands of followers and expressed a range of political viewpoints, including a page that billed itself as “the first publication to endorse President Donald J. Trump.” They did not appear to have ties to Russia, company officials said.

But the move to target U.S. politically oriented sites, just weeks before the congressional midterms, is sure to be a flash point for political groups and their allies, who are already accusing the tech giant of political bias and arbitrary censorship of political content.

The claims of Russian operatives using Facebook to target American voters ahead of the 2016 U.S. presidential election has been the excuse for Facebook to shut down Free Speech on sites and individuals of their choosing, yet it does not seem arbitrary. They give every indication they have specifically decided who will be shut down and who will not.

The conservative political pages and content is the special focus of the purge, as they have shown that other content they call extreme will be left alone.

Wired tells us that:

Early Facebook investor Roger McNamee told the programme that this kind of material is “the crack cocaine of their product – the really extreme, really dangerous form of content that attracts the most highly engaged people on the platform”.

According to McNamee, Facebook understands that it is advantageous for people to spend more time on the platform so they can view more advertising. And to maximise your appeal to people’s eyeballs, he argues, you need extreme content. “One person on the extreme can easily provoke 50 or 100 people so they want as much extreme content as they can get.”

Facebook has implemented this conservative purge just weeks before a highly-charged Mid-Term election in the United States. Liberal Democrats have seen their numbers slide dramatically during the recent Supreme Court nomination hearings and calls for violence by Left-Wing Extremist politicians, such as Maxine Waters, Eric Holder and Hillary Clinton.

Facebook has been identified as aiding the Democrats in their quest to dominate the US political scene. In another Washington Post article, it is reported that Republicans accused Facebook, Google and Twitter of bias. Democrats called the hearing ‘dumb.’

Investors.com also wrote about the issue in March 2018 saying “Facebook faces what some are calling an “existential crisis” over revelations that its user data fell into the hands of the Trump campaign. Whether or not the attacks on the social media giant are justified, the fact is that the Obama campaign used Facebook (FB) data in the same way in 2012. But the reaction from the pundits and press back then was, shall we say, somewhat different.”

The fact is this has been building for the past couple of weeks. Multiple pages have been disconnected from over 20 million readers and followers. Today was just the icing on the cake for Facebook.

Some of the conservative pages taken down include Cop Block and Overpasses for America, yet the liberal spin pages of Media Matters and Right Wing Watch have been left alone.

Facebook’s says they’re merely a conduit for information, yet they want to regulate that information. They cannot have it both ways.

You cannot take money from people and groups and then shut them down. Facebook has charged fees and profited from these pages for advertising. Then, they penalized these pages for profiting from their content.

That goes way beyond irony. It should lead to Anti-Trust issues.

A New Type of Civil War 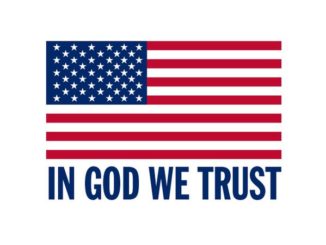 God is Still With Us