ACLU Wants To Control Censorship, Not Stop It

In 2012, ACLU stated, in a ‘Friend of the Court Brief’, that “ ‘Liking’ Something On Facebook Is Protected By The First Amendment Both As Pure Speech And As Symbolic Expression.” In support of the plaintiffs, ACLU stated they were just expressing their political opinions.

This was a case in which employees of a Sheriff’s Department in Virginia were at odds with the reelection campaign of their Sheriff. The ACLU stepped in when the employees claimed to have been fired by the Sheriff for supporting his opponent, including ‘Liking’ the opponents Facebook page.

I believe the employees were correct in filing suit, and I applaud the ACLU for stepping up to the plate in the case.

However, when the time came for the courts to use Facebook posts, including “likes”, against Bunkerville defendants, where was the ACLU? The American Civil Liberties Union were nowhere to be found. I cannot find anywhere that the ACLU supported the defendants rights in this case, as they did in the above cited case. Was this because of the political bias of the defendants?

Now, the ACLU is back in the headlines complaining about the Feds wanting Facebook info on anti-Trump activists. Left-Wing political leanings gaining their attention?

Apparently, the American Civil Liberties Union, that calls itself “our nation’s guardian of liberty”, is actually only protecting their left-wing agenda. They will fight for your rights, if your opinions are in line with their own.

In a recent article on the ACLU website, they discuss the decisions made by Mark Zuckerberg, CEO of Facebook. It is a discussion on Facebook’s policies for censorship, making their case that Facebook should not censor offensive speech.

This is an admirable point, and a well written article. I agree that everyone should have their say. I am of the stance that if I do not like or approve of a Facebook post then I can scroll on by it and move on to posts that I want to read.

The article acknowledges that “Facebook has shown us that it does a bad job of moderating “hateful” or “offensive” posts, even when its intentions are good.” This could be due to Facebook having censored the ACLU for a post they made.

In the article they applaud Zuckerberg’s decision to remove misinformation that contributes to violence, which include imagery as well as text. I agree that posts that specifically call for violence, such as Maxine Waters inciting mob violence against sitting Trump Cabinet members, are against the law and should be dealt with accordingly.

However, in the same article, Zuckerberg used Holocaust deniers as an example of posts that should not be censored and removed from Facebook. The ACLU considered that decision to be “ill-advised”.

This indicates that the ACLU approves of Holocaust deniers being denied the right to state their beliefs because they do not agree with them. Who else do they disagree with? Evidently that would include anyone that supports President Trump, or conservative values.

Which would then mean that censorship on their terms is acceptable.

Like the Southern Poverty Law Center, the ACLU has become just another left-wing extremist arm of the globalist progressives. They will fight for the rights of the other progressives, yet not for those that truly defend the Constitution.

Pay-To-Play is Okay For Newsom 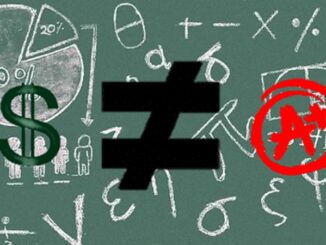 Is Your Tax Money Improving the Education in West Bonner County Schools?

Plan of Action By Pete Ketcham