It’s Time To Revisit The GNLCC

Some time has passed since exposing the Great Northern Large Landscape Cooperative (GNLCC) and with new events it is time to take another look at just how pervasive, diabolical, and advanced this agenda has become.

As a reminder, in 2010 the Obama administration, via a memorandum, directed the US Department of Interior (DOI) to create large landscape cooperatives.  Twenty two cooperatives were created in the US without any congressional authorization.  What was not previously revealed is that the Canadian government was included in these cooperatives.  As seen in the map below, the GNLCC stretches from Colorado into British Columbia and western Alberta, where the same aggressive methods are being used in both countries, by the same groups and individuals, that puts land into large landscape conservation, including restricted use, for connectivity. 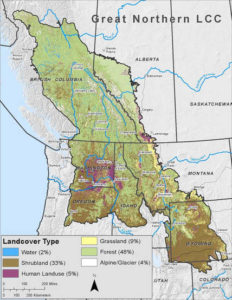 These cooperatives are a “regional” approach to landscape conservation that ignore the boundary between our countries and jurisdictional authority.  Meant to be an “international network”, the GNLCC covers 300 million acres, a network of U.S. federal agencies, Canadian provincial and federal governments, and conservation initiatives.  GNLCC members include Canadian and U.S. land trusts, Yellowstone to Yukon Initiative (Y2YI), Heart of the Rockies (HOR), Crown of the Continent (COC), government agencies such as the Alberta Government, Environment Canada, British Columbia, and our own USFS, USFWS, and USGS.  These LCCs were initiated without our knowledge, involvement or consent, or congressional approval and give tremendous authority to conservation initiatives.  Concealed from both countries, this is the primary force behind our land being taken from us for our use, and why conservation initiatives have more influence over our governments than us.

Sec. Zinke supports these LCCs.  The LCCs were originally created under Secretarial Order (SO) 3289 by Sec. Salazar, then advanced by Sec. Jewell with SO 3330.  In 2017, President Trump directed the DOI to revoke  “agency actions” by the Obama administration.  Sec. Zinke responded with SO 3349 which did revoke SO 3330, stopping all LCC activity.  But Sec. Zinke then immediately issued SO 3362, reinstating and expanding LCC activity that he just revoked, omitting citizen involvement except to put fencing up, and allowing conservation initiatives to continue their work with our governments for large landscape conservation, including the creation of corridors.  Since that time the conservation initiatives have upped their game, becoming more aggressive with attempts for land use restrictions, hiring more staff to target areas in both countries, expanding their media assault in Canada, and even advertising Idaho Fish & Game jobs.  Sec. Zinke even wants to plant his staff into our states with his reorganization to further the conservation agenda.

Basically, GNLCC believes land is “fragmented” by development, impeding the movement of wildlife.  Protected areas such as national parks and wilderness areas are “isolated” from each other, meaning the land in between must be placed into conservation so that there is a “link” between the protected areas for “connectivity“.  Unprotected areas are targeted for linkage using wildlife, habitat, aquatic, riparian, and ecological as the ruse.  As an example, the British Columbia Ministry of Environment, Idaho Fish & Game, Idaho Transportation Department, U.S. Fish & Wildlife Service (USFWS), and Nature Conservancy participated together in a study to identify linkage areas in 2012.  As a GNLCC partner, Yellowstone to Yukon (Y2Y) also works to identify linkage zones.  Here is a short video explaining connectivity.

To eliminate fragmentation the GNLCC and its partners target unprotected land with conservation easements, banning use such as for OHV and snowmobile users, and putting land into various categories of corridors such as for wildlife and habitat.  If an area can be declared a corridor (pg 11), it is then used as a basis for wildlife movement protection, or what they call a migratory corridor.  With that protection comes restricted or banned use, with justification for restrictive land use policies nearby, including how a private property owner can use their land.  According to Y2Y, “Areas which are identified as core and connectivity habitat, are the focus of restrictive management practices on public lands, and are the focus of land acquisition and conservation easements on private lands.”  Once a corridor is designated the next objective by GNLCC partners is extending the corridor to adjacent land, including private property, or procuring a conservation easement, expanding their restrictive land use policies.  Anything goes for linkage.

The players are all the same, Harvey Locke, Gary Tabor, Kim Trotter, Candace Batycki, Stephen Lagault, and others from both countries, all work towards achieving GNLCC goals.  In this document you will see GNLCC objectives for both countries including obtaining land for protective status, interfering with local land use policies, and restricting energy development.  The Government of Alberta – Environment and Sustainable Resource Development is an active participant with the COC which extends from Montana into western Alberta and British Columbia.  Targeted areas for connectivity are also mapped out.

Crown Managers Partnership (CMP) members include Alberta Environment and Parks, Alberta Agriculture and Forestry, British Columbia Ministry of Forests, Bureau of Land Management, and U.S. Fish & Wildlife Service (USFWS).  Canadian and U.S. government employees sit on the CMP leadership team and the GNLCC funds them.  The CMP has a “Transboundary Conservation Initiative” that does not include involvement by Canadians or Americans.

Both of our governments are working on targeting species at risk, or species of greatest conservation need.  The species and their habitat will be used as justification for conservation, taking more land use away from us, and affecting private land owners.

As a partner to the UN participant, International Union for Conservation of Nature (IUCN), the USFWS, Canadian government, Y2Y, Harvey Locke, and Gary Tabor bring IUCN objectives and ideology back to our countries, one of which is addressing “threats’ to wildlife, habitats, wetlands, etc., while advocating for special land protections for different categories and connectivity.

On September 2-3, 2015 the GNLCC held a meeting on their connectivity initiative laying out the larger picture for restricted use and banned access as seen in the box below. 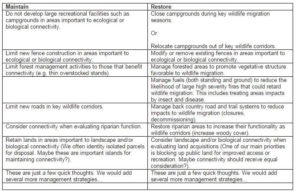 The Cabinet-Purcell Mountain Corridor (CPMC) will be used as a transboundary link connecting wildlife between British Columbia and Idaho.  Here are all GNLCC focal areas.

Both Canadians and Americans need to be aware of this GNLCC agenda, coming straight out of the UN, that includes unauthorized partnerships between our governments and conservation initiatives.  We have lost all representation by our elected officials, including Sec. Zinke.  Our governments are partnering with groups that have specific UN goals to take our land from us, restrict or ban the use of our land, and eventually dictate how we will be allowed to use our land.  It is time all of this is exposed for both Canadians and Americans and action taken to confront and stop it. 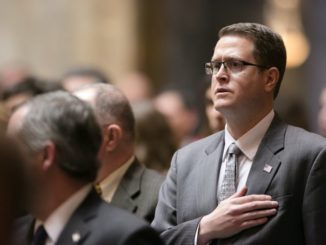 Washington Dems and Their Emotional Vendetta 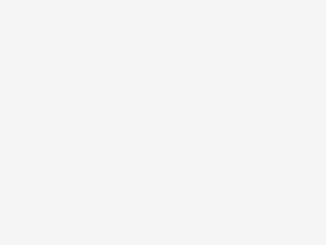 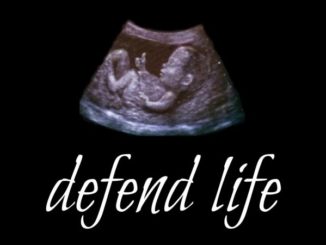