Flags and Flowers
Honor Veterans Every Day, Not just on a Holiday

When I called Preston Sharp, he answered the phone. I heard the voice of a very young person. However, as the conversation ensued, I heard words of commitment, well beyond the age of the person on the other end of the line.

When I met Duane Ehmer in Red Bluff, California, he handed me the business card of Preston C. Sharp. He had gotten the card when he visited Preston at a cemetery where Sharp was busy planting flags and artificial flowers (Red Carnations) on the graves of military veterans.

Duane, a veteran himself, knew that I was a Vietnam Veteran, and felt that I would be interested in this story. That has become an understatement, as I interviewed with Sharp.

When Preston, now 12 years old, started setting Flags and Flowers on graves back in 2015, he made a commitment that he has held to since then. But, more about that, later.

On Veterans Day, 2015, he went to his grandfather’s grave. His grandfather had been in the Navy. He thought that there would be flags on the graves, but there weren’t. He was frustrated that they were not being properly honored on such a day. So, he decided that he wanted to get funding so that they would be honored for their service.

When he returned home, he set up a GoFundMe account in which he raised $100.00 on the first day. With that and subsequent funding, he placed over 40,000 flags and flowers on Veteran’s graves.

To place flags and flowers, he can spend two or more hours in a cemetery. If the headstone is dirty, he cleans it. He then says aloud the veteran’s name and a “Thank you for your service”.

He was conducting visits every Sunday, from Redding, California, where he lives, to Sacramento. However, he has now branched out into other states; his goal is to eventually get to every state in the union. To his credit, he has placed flags and flowers in California, Nevada, Oregon, Virginia, and Florida. A commendable start with 10% of the states. This includes 30 to 35 cemeteries. Often, local people in his target location assist him with his work. This work includes replacing torn flags or replacing flowers.

He told me, when asked how long he would continue doing “flags and flowers”, his answer, without hesitation, was, ” ’til I can’t bend down anymore.”

However, his commitment to veterans does not stop with flags and flowers. Preston had occasion to visit with Tim Whiting, 71, a Vietnam Veteran from Oregon who because of deteriorating health, moved to a Redding facility. Tim had to leave his friend, a dog named Rusty, with friends in Oregon. However, the four-hour trip could only rarely be made.

Preston, instead of asking for a laptop for Christmas, chose to adopt Rusty and bring him to Redding, thus allowing Tim to spend time with Rusty, whenever he wanted to. When asked why he did that to help Tim, he answered, “I would do anything to make a veteran happy.”

As I told Preston, and the end of the interview, HE is what we were fighting for when we joined the service of our country. He is what America used to be about, and, hopefully, will return to being what it is about.

At present, because of the distances he must travel, he can only travel when funds are available. His webpage, prestonsharp.net, has a link to donate to this very worthy cause.

If you believe in America, as it should be, and you want to help this wonderful example of patriotism, please help by donating to help him reach the other 45 states, and, with such help, perhaps all of the veteran’s cemeteries in the country.

So, with tears in my eyes, I say, “Preston Sharp Thank You for Your Service.” 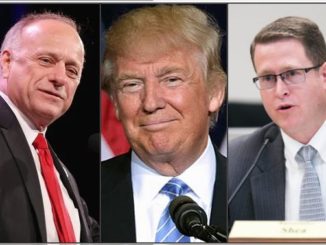 HATE SPEECH: The Weaponization of Language

Known By Your Enemies by Pete Ketcham

1 Comment on Flags and Flowers Honor Veterans Every Day