This was an incredibly heart-breaking event. Hearts and prayers across the nation are lifted up to these children and their parents/families. Every day across the nation, parents send their children off to school, as they have for centuries. Up until recently, it has never been even a fleeting concern that their children may not return home at the end of the day. Why now? What has changed?

As more and more details emerge regarding this most recent event; a picture is developing. It is a shocking, devastating, hard to accept picture. We see failures and mistakes that would ultimately culminate into an unimaginable tragedy – Failures and mistakes; or are they?

Let’s venture back to 2013. Here is a quote from Nikolaus Cruz’s disciplinary reports, obtained by Miami Herald:

Westglades Middle School, which he attended in 2013, he’d been cited numerous times for disrupting class, unruly behavior, insulting or profane language, profanity toward staff, disobedience and other rules violations.

Records show the behaviors continued at Marjory Stoneman Douglas [High School], which he attended in 2016 and 2017 before being transferred, with discipline being dispensed for fighting, profanity, and an “assault.” It appears the Jan. 19, 2017 assault resulted in a referral for a “threat assessment.” A few months later, Cruz landed at an Off Campus Learning Center, where he remained for only about five months.

Why do you suppose this boy fell through the disciplinary cracks so many times? Was it by design?

Let’s go back a little further, to 2011. A familiar name appears – Trayvon Martin. In neighboring Miami-Dade School District. Trayvon was observed on surveillance cameras in 2011, in an unauthorized area “hiding and being suspicious” – Immediately after, he was observed “marking up” a door. The next day, his backpack was searched, looking for a graffiti marker. Instead, what was found was a bunch of womens’ jewelry and a screwdriver that was described as, “a burglary tool”. Without going into a lot of detail; let’s just say that this crime and others were lied about, police reports falsified and evidence hidden, in order to cover up the crimes. Why?

Here are the Sworn affidavits of police officers claiming they are instructed to look the other way, destroy/hide evidence, and falsify reports:
1.)  Affidavit of Sergeant William Tagle

Apparently, in order to improve criminal statistics within the school systems of Miami-Dade and Broward counties; the schools intentionally created policies that would culminate into the mass shooting that occurred. Why??

In August of 2012 President Obama had issued an Executive Order and Federal Education Policy establishing the White House Initiative on Educational Excellence. Effectively placing “quotas” on school discipline based on race and financially rewarding schools with federal grants who bring down their disciplinary and arrest numbers.

Broward county went even further by completely halting arresting students and changing their policy of suspension.

To put it in perspective:

In 2011/2012 Broward County School Administration made a policy decision to block the arrests of students in order to improve their education statistics.

In 2013 Broward County School Administration was warned what was happening as a result of the policy as more and more serious crimes were being committed and overlooked.

In 2017 Nikolas Cruz criminally assaulted someone – law enforcement was blocked, repeatedly, by school policy. The sheriffs’ department was contacted over 20 times regarding concerns over Nikolas Cruz.

Again, why? Why would a school superintendent and a sheriffs’ department blatantly ignore crime and avoid the prosecution of criminal offenders? Nikolas Cruz had shown violent tendencies repeatedly – police were called to his home, repeatedly.

One month before the shooting, there were even phone calls to the FBI tip line – twice – warning that Nikolas Cruz was “going to explode” FBI transcripts show that a girl close to Cruz had called and said she was terrified that Cruz would “get into a school and just shoot the place up”. Cruz had been posting violent messages on his instagram – at first saying he wanted to kill himself; and then switching to a desire to kill other people. The caller went on to describe that Cruz had been cutting up frogs and birds; which she called “a red flag” Why would they ignore this? 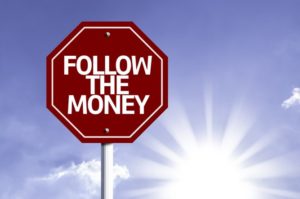 One of the motivations to “ignore” illegal activities in the schools, is funding and grants. The school administrators wanted to improve their statistics in order to qualify for state and federal grant money. So, they entered into an agreement with the top LEO officials to stop arresting students for crimes; as noted by the 6 LEO whistle blowers previously linked.

As if things were not bad enough with a school administration and sheriffs’ department adopting policies of “look the other way”; We find out that not just one, but a total of 4 Sheriffs’ Deputies were outside of the school at the time of the shooting. 1 by the front of the building with a clear view of the lobby and 3 others hiding behind their cars, with their guns drawn. Why? Why did they not go in and confront the shooter?

When Coral Springs police officer showed up on the scene, they said they were “stunned and upset” to learn that 4 Broward County Sheriffs’ deputies were stationed outside the building and had not gone inside to engage the shooter. Some even went so far as to call it a “derilection of duty”. Even when the Coral Springs officers went inside the building, the Broward county officers did not join them. Why?

The question needs to be asked; why was there disciplinary action against one deputy and not the other 3? Could it have been because only one was caught on camera?

Where is the CCTV camera footage from the school and what does it show? Where is the Uber driver who supposedly dropped Nikolas Cruz off at the school the morning of the shooting? What was in the large black bodybag that police carried from the building during the shooting and threw in the back of a truck? What happened to Alexa Miednik who was interviewed the day of the shooting and claimed to have been walking down the hall with Nikolas Cruz as gunshots were going off in another part of the building? Why are there several witnesses claiming there was more than one shooter? Who is paying for these kids to travel around the nation in expensive charter buses to rally and demand gun control? Why are they wearing ear-pieces when they speak-who is giving them talking points? These are all relevant questions we need to be demanding answers to because as more information comes out; the official narrative is looking less and less believable.

Lastly, does it seem even slightly suspicious that this sheriff:

A) Allowed crime within his county school system to be actively covered up and to go unpunished and therefore escalate.

B) Ignored multiple warnings of a violently troubled individual within the Marjory Stoneman Douglas HS. Including warnings that he had bought a gun and had made open threats to “shoot up the school”

C) Supervised 4 deputies who failed to engage an active shooter as he took aim at over 20 innocent children and unarmed faculty.

D) Refused to accept any responsibility and instead placed the blame on the shoulders of the NRA organization and on top of that, openly calls for gun restriction and confiscation laws, immediately after the shooting.

Is it surprising that this sheriff has been referred to as “best friends” with Debbie Wasserman-Shultz? Is it surprising that this sheriff actively volunteered for the HRC presidential campaign and has been pictured with numerous vocal anti-gun politicians? Curiously, there are no corresponding pictures of the sheriff with conservative politicians.

There are numerous inconsistencies emerging in regards to this tragic event; with each piece of the puzzle being even more alarming than the last. We need to deeply question this situation. We need to locate and follow the money trail and ask some really tough questions about not only how and why this tragedy was permitted to occur; but what events lead up to it, who is profiting from it and what political agenda motives may have played a part. 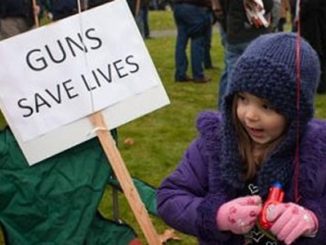