I recently had a suggestion about writing an article on socialism, and so started some research on the web. Firstly I found the Merriam / Webster definition as follows:

“any of various economic and political theories advocating collective or governmental ownership and administration of the means of production and distribution of goods”. In Marxist theory it was defined as a “transitional social state between the overthrow of capitalism and the realization of communism”.

To see what the official socialist party of the USA is about, visit their website at https://www.socialistpartyusa.net/ and read their admiring article of Carl Marx  for starters. As you explore further in their website you will see the same type of philosophy, verbiage, and liberal mantra the progressive liberal left democratic Party espouses on a daily basis.

Although the liberal US education system does not openly promote Socialism, it is actually being taught in all the social studies programs under the name of compassion, diversity, fairness, racism, economic equality, etc., etc.  The young gullible college students buy into this indoctrination as reflected by the disruptive activities of Antifa, Black Lives Matter, and other group demonstrations coming from the US campuses today.

The Socialist program today in the US as promoted on the campuses and throughout the nation is basically twofold:

1. Tear down the existing “unfair” structure of capitalism and democracy.
2.  Promote that everything should be provided by the government, such as a college education, guaranteed employment, guaranteed retirement income, health care, and many many more benefits, perhaps even an i-phone.

Will this idea of socialism finally burn itself out as our capitalistic economy grows, or will socialism grow as the educational indoctrination becomes more intense with each seceding generation of liberal professors?  This is a difficult question to answer, as our nation has never faced the social /political upheaval we are presently going through, as I said in the previous article, we are “sailing in uncharted waters”.

I conclude by believing that if we do not take control of the national education (indoctrination) system, our younger generation of future leaders will eventually move this nation into a failing catastrophic socialist nation. 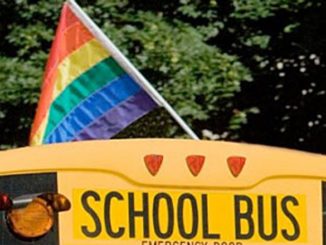 Education Has Missed Windows Of Opportunity