It turns out, neither is true. The story is built on a faulty premise and a misreading of Idaho law.

Giddings was elected to the Idaho House of Representatives in November 2016. To run for office, Giddings needed to have been a resident of Idaho County by Nov. 7, 2015, one year prior to the 2016 general election.

But in 2015 and 2016, Giddings received a homeowner’s exemption for a house 213 miles away in Ada County. A homeowner’s exemption, which eliminates up to $100,000 of a home’s value from property taxes, can only be claimed on a person’s primary dwelling. That prompted the reporter on this story to ask Giddings whether she planned to “repay Ada County for (having received) exemption” or “do you plan to step down from the Legislature” for having been unqualified to run for the office.

Neither. Giddings’ 2015 homeowner’s exemption was granted based on the fact that the home in Ada County was her primary dwelling as of Jan. 1, 2015, which is what the law requires. Giddings also gets to keep her homeowner’s exemption for 2016 because on Jan. 1, 2016, her Idaho County home was still under construction. The law says the Ada County residence remained her primary dwelling because it remained her “fixed and permanent home and principal establishment, and to which whenever the individual is absent (s)he has the intention of returning.” Giddings was in the Idaho Air National Guard until Jan. 31, 2016, a fact she shared with the reporter.

Her new house in Idaho County was completed in early 2016, and Giddings applied for a new homeowner’s exemption with Idaho County. Ada County then removed the exemption for her old house effective in 2017.

In short, it was completely appropriate for Giddings to claim a property tax exemption for her house in Ada County the last two years. And it means she was qualified to run for office in 2016. Some may argue that the Giddings should have been disallowed from being registered to vote in one part of the state and claim a homeowner’s exemption in another, but that’s not what the law says.

Meanwhile, the claims against Giddings have started to unravel, although word of that hasn’t reached all the news outlets that ran the original misguided article. A story in the Lewiston Tribune on Wednesday noted that state election officials are not worried about whether Giddings was qualified to run for office, her voter registration card being proof enough that she was a resident of her legislative district for at least a year before the election. Even from the outset, elections experts noted that a homeowner’s exemption is one of but a dozen factors used for examining whether a person has established residency in a campaign for office.

The Lewiston Tribune article also quoted a county official as saying Giddings would not owe back property taxes if, in the past, she intended to return home to Ada County, which she obviously did for purposes of her military career.

Drama involving politicians who cheat on their taxes or cheat the system grab headlines and generate outrage, with predictable precision. However, there are times when claims of bad behavior on the part of elected officials don’t deserve to be believed. This is one of those times.

In my former journalism career and in my current role as a government watchdog, I have written, and continue to write, countless words about corrupt, wayward or dishonest politicians. Voters should know when public officials fail tests in honesty or integrity. Journalists are still needed to tell those stories. Today, I can safely say the Giddings story is no story.

Wayne Hoffman is the President of The Idaho Freedom Foundation 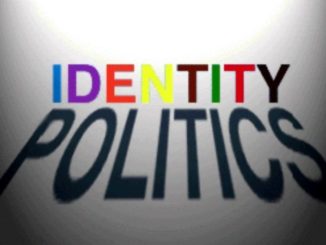 Identity Politics Is Not Welcome Here 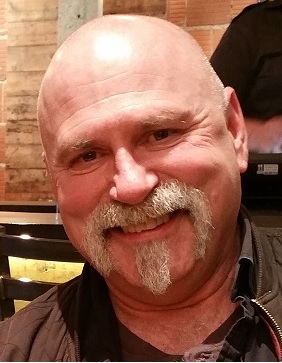