Andrea Parker was surrounded by friends and well-wishers outside the Federal Courthouse in Las Vegas today.

Waiting on a jury to decide her husband’s fate, she spent the day in handcuffs protesting the rulings of Judge Gloria Navarro.

The week brought a crowd of hundreds of people from around the country to rally and show their frustration at the Constitutional rights being denied to four men on trial this month.

Eric Parker was removed from the witness stand and his testimony stricken by Judge Navarro earlier this week. She denied him his right to testify in his own defense because she did not want the Federal law enforcement officers to look bad in front of the jury.

The jurors are now deliberating, having received the case on Tuesday.

A few dozen people remained today to show support for these four men.

Nancy Williams brought her 7 year old son, Corey, from Puget Sound, Washington. He is a home-schooled child getting a real lesson in Civics and how our government is run.

Nancy tells us that Obamacare was her wake up call, “We are losing our freedoms!” Corey explained that the Bundy’s were just teaching the Constitution and “They need to get out of jail.”

Wendy Leatham traveled from Utah. “The Constitution is hanging by a thread,” she says. “It is being shredded in Judge Navarro’s courtroom.”

Bob Deihl is from Mesquite, Nevada. He met the Bundy’s in 2014 during the standoff. He is in Las Vegas to support the defendants but developed his own issues while he was here. Deihl tells us that the City is in violation of the Americans with Disabilities Act for not having adequate services for disabled citizens.

Deihl received a parking ticket while waiting for US Marshals to point him in the direction of authorized handicapped parking. Now, since he has chosen to fight this ticket, the city has informed him they are increasing his fines and adding them to the next registration fees for his vehicle.

Las Vegas Metro police made a showing today. There were uncomfortable feelings running through both groups until DHS showed up. DHS told Metro that the protesters were courteous and compliant with them and there were no issues here.

Everyone has a story, but they all have the same theme. They believe in the US Constitution and want to see it restored in the Federal Courthouse. 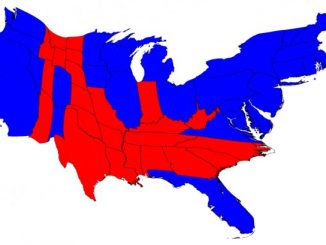 Changing the US Constitution? Not On My Watch! 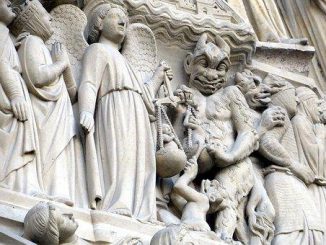