No Food or Water

After spending more than a month in Solitary Confinement, Ammon and Ryan Bundy are back in the hole.

Ammon and Ryan Bundy, two of Cliven Bundy’s sons facing trial stemming from the Bunkerville Protest, have been faced with cruel and inhuman abuses from the Federal prison system.

They have endured weeks of solitary confinement with no proper sewage or hygiene. Living in a small cell with little-to-no ventilation all because they finally refused to be assaulted on a regular basis through strip searches.

They have endured strip searches going to and from video visits. Yes, you heard that right. If they receive a visit on a TV monitor, in a building that has no physical visitors and no way for a prisoner to come into contact with anyone that is not a guard, they have been forced into a strip search both coming and going from their visit.

They are not allowed to talk to their attorney’s without enduring strip searches, both coming and going.

When they finally had enough of the violation of their 4th amendment rights, the guards put them into solitary confinement. This small cell had no proper water or sewage facilities. The toilets did not work. They were given no toilet paper, or any other hygiene items.

They were kept in this small cell for over a month.

From an update by Lisa Bundy, Ammon’s wife, we hear this: 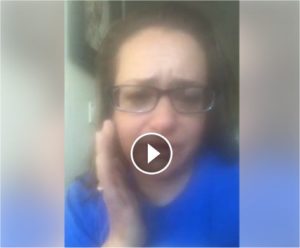 Just a few days after their release from Solitary, a guard found a shirt on Ammon’s cot. The guard decided that was a violation and shackled Ammon before putting him back to solitary.

Ryan tried to speak up for his brother and was also put into solitary.

But, they left Ammon shackled with his hands behind his back. He had been forced to sleep through the night while shackled.

He is still in the shackles! He has been shackled, without food or water for over 12 hours!

Has the warden been made aware of this? We need to make him understand.

We also hear from Pete Santilli, via Deb Jordan, here:

This morning Pete told me that: Last night Ammon and Ryan Bundy were once again sent to the hole — He went to the Chief and asked that he please do something about Ammon and Ryan being targeted by the guards — You can literally see their eyes on them watching their every move, Pete said — Some of the guards understand this and are sympathetic but it does little good —

Anyway, they were sleeping when it happened — Pete is a bit away from them so was not a witness but talked to those who were —

Pete says: Ammon reportedly fell asleep with a unauthorized shirt on his rack — “It is not uncommon for us to roll up a shirt and use it as a pillow — or maybe Ammon just forgot it was the there, either way, the guard saw it and started harassing him — at some point Ryan came over and grabbed the shirt from the CO’s hands — and that’s why he is in trouble —

“Then they need to fill out a report”

I then asked, ” So you want me to tell everyone to fill out a report?”

He answered ” Sure, and when you do, I’m going to charge you with trying to start an insurrection .. ”

Pete also said that Ammon and Ryan have tried desperately to do their best to stay under the radar since they spent 40 days in the hole — The bottom line is they are being targeted — The Guards are using anything as an excuse to punish them — or anyone who tries to take up for them ..

The last Pete heard, Ammon had been confined to a small space, shackled overnight, with no food or water —

But, even assuming the worst case scenario, that doesn’t warrant 12 hours shackled in 2×8 cell and no food or water. This really is Cruel and Inhumane treatment.

We cannot allow this to continue. We must contact the prison, and all of your elected officials. This abuse must stop. These men have NOT been convicted of any crime. They have been incarcerated, without bail, for well over a year. The trial has been pushed back again, so their rights to a speedy trial continue to be violated.

Our Constitution guarantees that these men should be assumed innocent until proven guilty. Is this how innocent men are treated? Is this how you would expect to be treated under similar circumstances?

Does anyone have a family member, or a friend, that was unjustly arrested? Forced to defend themselves of charges that were untrue? Should they have been treated this way?

This is our Federal Government. This is what the people have not been paying attention to.

It is time to grab their attention.

UPDATE*****Nevada Department of Corrections, Inspector General*****We have removed the phone number, as per my agreement with the representative from this office. This was a GOOD call. They are not directly responsible for this particular facility. However, they have provided some information. MORE TO FOLLOW.

To Contact the office of Senator Dean Heller
Las Vegas

Mixed Verdicts on Malheur Protest Trial II are in: 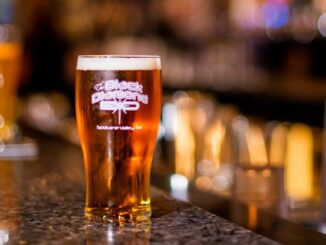