The Socialist Utopia of Venezuela

Venezuela was a successful country a few decades ago, climbing upward out of poverty, growing its middle class, gradually progressing in the direction of being a “first world” economy.

Venezuela has the largest oil reserves, and the eighth largest natural gas reserves in the world, and consistently ranks among the top ten world crude oil producers. They should be one of the richest countries in the world.

Then came socialist Hugo Chavez and Nicolas Maduro. Now it struggles with a crippling financial crisis and extreme food shortages.

Marching on a day marking the beginning of Venezuela’s independence movement from Spain in 1810, tens of thousands of Venezuelans demonstrated, yet again, against the socialist government. At least 3 people have died and 60 have been injured.

Opposition supporters protested in Caracas and other cities in what they called “the Mother of All Marches,” denouncing Maduro for eroding democracy and plunging the oil-rich economy into chaos.

Maduro says the protests are little more than opposition efforts to incite rebellion to end socialism in Venezuela. The opposition says he has morphed into a dictator and accuses his government of using armed civilians to spread violence and fear.

The political crisis in Venezuela was exacerbated after the Supreme Court assumed the executive powers of the opposition earlier this month.

“The seizure was granted and enforced in total disregard of (General Motors Venezuela’s) right to due process, causing irreparable damage to the company,” the automaker said in a statement.

At least one legislator had to be hospitalized, and images posted online showed opposition leader and former presidential candidate Henrique Capriles choking on teargas.

The opposition called for another protest on Thursday, raising the possibilities of prolonged disruption in the country.

“This is no longer people chanting and taking selfies. People are indignant – and they are resolute,” Capriles said.

Not Your Father’s Democrat/Republican Parties

Arizona AG Stands Up To The Feds and Merrick Garland 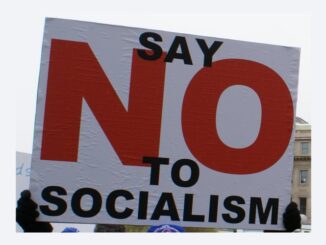