“YOU DON’T HAVE JURISDICTION, THE GROUND UNDER THE BRIDGE IS NEVADA DEPARTMENT OF TRANSPORTATION LAND, NOT FEDERAL LAND”

During the trial in Las Vegas, Nevada, the prosecutors played a video which showed one of the protestors screaming at the armed men hired by the federal government (whether they were federal contractors or employees was uncertain) that they did not have jurisdiction. This evidence submitted by the federal prosecutors, opened the door to question the whole concept of federal jurisdiction.   Unfortunately, this key opportunity was not seized upon by the defense attorneys as they apparently had already conceded jurisdiction to the federal government.  It is my opinion, that jurisdiction should have been disputed by the defense and that failure to do so was a major error.

As discussed previously, federal jurisdiction wherein there is a federal judge, on the federal payroll, managing a case for her employer, the United States government, and who was appointed by a federal executive at the request of a federal Senator, is entirely a conflict of interest.   It is impossible for her to be unbiased, or avoid the appearance of being biased, because she is ruling on behalf of her employer, her co-workers and her federal sponsors.  Therefore, the question of federal versus state jurisdiction is at the core and center of the controversy and it is tragic that it was not attacked by the defense.

Establishment of State and Federal Courts

To add insult to injury, Navarro would not allow pocket constitutions in her court room (not the people’s court room, but hers) unless it was turned around with rear cover facing outward.  One defendant supporter was physically thrown out of the court room because his constitution was facing the wrong way.

Most crimes that occur within a state’s borders, or within three miles of its coastline, are prosecuted in state court. But some federally owned land rests entirely within one state’s borders—if a crime occurs on that land, then it’s typically a federal offense.

As the protestor in the video correctly pointed out, the land in the wash belonged to the City of Mesquite according to Clark County records and the bridge was an easement granted by the city to the Nevada Dept of Transportation.  There is no mention of federal ownership or easement.  Therefore, under the doctrine of lex locus delicti, law of the scene of the crime, the crime must be tried in the jurisdiction that owns the land.  Even if the federal government had an interstate easement through Interstate 15, the easement does not give them exclusive jurisdiction.  In other words, the federal charges should be heard in a state court first, and if the state court determines that the federal government has jurisdiction, then it can be removed to a federal court.

The federal prosecutors will argue that the federal courts have jurisdiction because the criminal charges are for violations of federal statutes.  But the defense attorneys should argue that, no, you cannot have violation of federal statutes unless the crime took place on federal land.   If the alleged violation of federal statutes occurred on state land, then the defendant has the right to challenge the jurisdiction of the federal government court, which is saturated with bias and with conflict of interest. A state court is more likely to have a judge and jury who reflect local values and local interests. 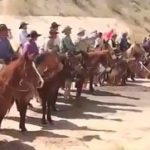 The federal team (judge, prosecutors and marshals) tried to argue that Eric Parker and his friends came under federal jurisdiction by crossing state lines and thereby invoking the interstate commerce jurisdiction of the federal team. But, no crime was committed by crossing state lines and no conspiracy was committed as they did not know the Bundys nor were they harkening to any organized conspiracy.

The words “transportation in interstate or foreign commerce” appear in a host of federal criminal statutes. These statutes prohibit the interstate transportation of stolen motor vehicles, forged checks, prostitutes, explosives, obscene materials, kidnap victims, counterfeit phonograph records, and numerous other items. In all of these statutes the predicate for federal jurisdiction might reasonably be identified in either of two ways: first, it might require that the subject be transported across a state line; second, as the Court reads this language, it may merely require that the subject be transported during an interstate journey.  455 U.S. 642 – McElroy v. United States

Neither Eric Parker, his friends nor any of the hundreds of protestors came in response to an organized conspiracy, rather it was a spontaneous response to scenes of a woman being thrown to the ground and other acts of excessive force.  Their travels across state lines did not invoke the interstate commerce provision of the constitution because they were not transporting illegal items nor were they committing conspiracy.  Nevertheless, the federal team prevented the defense from hearing testimony from the woman thrown to the ground and other relevant witnesses.

In some cases, both federal and state courts have jurisdiction. This allows parties to choose whether to go to state court or to federal court.

There was enough reason to doubt federal exclusive jurisdiction such that the defense should have challenged it and should have taken the option to go to a more unbiased state court to determine jurisdiction.  In state court, they would have been allowed to present evidence of land records showing state ownership of the land where the cattle were impounded.  They could have also presented evidence showing that this was not a federal question because the federal government had no authority there.  They could have showed that the BLM had no constitutional roots and especially had no constitutional authority to enforce their own administrative rules and procedures.  Any court order issued by the government against the Bundys, must be enforced by local law enforcement, not the BLM.

Unfortunately, the defense attorneys did not go on the offensive by challenging federal jurisdiction and citing violations by rogue BLM law enforcers. 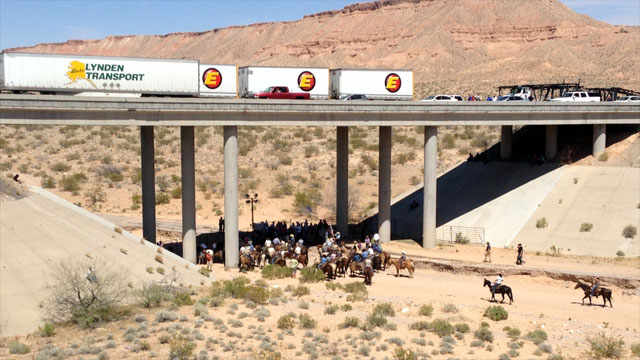 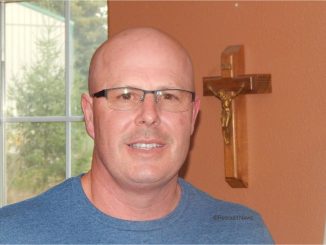 1 Comment on It Is Nevada DOT Land, Not Federal Land