Freedom of the Press #15
The Long Arm of the Law, or Not?

Congress shall make no law respecting an establishment of religion, or prohibiting the free exercise thereof; or abridging the freedom of speech, or of the press; or the right of the people peaceably to assemble, and to petition the Government for a redress of grievances.

In all criminal prosecutions, the accused shall enjoy the right to a speedy and public trial, by an impartial jury of the State and district wherein the crime shall have been committed, which district shall have been previously ascertained by law, and to be informed of the nature and cause of the accusation; to be confronted with the witnesses against him; to have compulsory process for obtaining Witnesses in his favor, and to have the assistance of counsel for his defence.

Now, this sets the stage for Jurisdiction.  Any criminal proceedings must be in “the State and district wherein the crime shall have been committed.”  Could it be any less for, say, a violation of a Court issued Protective Order?  Especially, if that Protective Order only subjects a few, fully described people, in its mandate?  The Order:

Here is the pertinent part of the “Protective Order” (#342):

ORDERED that, pursuant to Rule 16(d)(1) of the Federal Rules of Criminal Procedure, defense counsel may provide copies of discovery only to the following individuals:

(1) The defendants in this case;

(2) Persons employed by the attorney of record who are necessary to assist counsel of record in preparation for trial or other proceedings in this case; and

(3) Persons who defense counsel deems necessary to further legitimate investigation and preparation of this case.

IT IS FURTHER ORDERED that defense counsel shall provide a copy of this Protective Order to any person above who receives copies of discovery.

IT IS FURTHER ORDERED that any person above who receives copies of discovery from defense counsel shall use the discovery only to assist the defense in the investigation and preparation of this case and shall not reproduce or disseminate the discovery material to any other person or entity.

IT IS FURTHER ORDERED that this Protective Order applies only to:

(1) Statements by witnesses and defendants to government officials;

To the knowledge of the government, Hunt is not a member of the staff of any defense counsel representing any Defendant in this case.

The Court issued the Protective Order in order to obviate “a risk of harm and intimidation to some witnesses and other individuals referenced in discovery.” Order (#285) issued Mar. 9, 2016, at 2.

1. The Court DIRECTS Hunt to remove all protected material and/or information derived from material covered by the Protective Order from his website(s) within 24 hours of the service of this Order;

2.The Court ENJOINS Hunt from further dissemination of material covered by the Protective Order or information derived therefrom to any person or entity.

3.The Court DIRECTS the government to serve Hunt personally with a copy of this Order together with a copy of the Protective Order (#342) and the Supplement (#1692) thereto as soon as possible and to file immediately in the record a certificate stating it has effectuated such personal service or otherwise ensured Hunt has personal knowledge of the contents thereof.

4.In the event that Hunt fails to comply with this Order after he is served, the government may initiate contempt or other enforcement proceedings in a court of competent jurisdiction.

Note that the government acknowledges that the original Protective Order did not apply to me when they state.  “Hunt is not a member of the staff of any defense counsel representing any Defendant in this case“.

Then, an explanation of why the initial Protective Order was issued is given with, “a risk of harm and intimidation to some witnesses and other individuals referenced in discovery“.  However, this is one of the government’s stock excuses, along with, “I feared for my life or the life of another”, “We were outgunned”, ” ‘X’ is a flight risk”, and a multitude of other phrases intended to simply justify an action against an individual, from extended incarceration to being shot to death, though unarmed.

Now, this gets interesting.  This Order tries to convert aiding and abetting into something that the statute does not.  “On this record, therefore, the Court concludes the government has sufficiently demonstrated that Hunt has aided and abetted the dissemination of materials“.  The statute and case law says that aiding and abetting in the performance of a criminal act.  This is about as absurd as arresting someone for resisting arrest, when there is no criminal charge for which they are making an arrest.

Finally, this Order assumes me into jurisdiction, simply by stating my name.  Heck, maybe they should have included someone else not subject to their jurisdiction, like Julian Assange.

Then, the “Supplement to Protective Order” (#1692), the ex post facto protective order, which may also be likened to a Bill of Attainder, states:

So, unlike the Order (#1691), I am not named, rather, any person, anywhere, that has passed on any of my articles that contained the excerpts from the Discovery, is now potentially made criminal by the Supplemental Protective Order (#1692).

As explained in “Freedom of the Press #14 – Telephonic Hearing“, the hearing currently scheduled for May 9, in Portland, is only to determine if the Court has jurisdiction over me.  If there is no jurisdiction, that ends the current matter, though it doesn’t necessarily close the door.  The government could seek to file an injunction in the Eastern District of California (not the Oregon District, where Anna Brown is Judge, though the United States Attorney would simply be wasting your taxpayer dollars, as the case law in enjoining publication of such information is quite clear.

In preparation for the May 9 hearing, my attorney, Federal Public Defender Michael Rose, has prepared a Memorandum of Law, with my Declaration attached thereto, addressing the jurisdictional issue.

Generally, it makes the same case that I have been making in this “Freedom of the Press” series, for the past four months.

Now, the government has to lay out its case.  They have until May 1 to do so, though I doubt that the cows will have come home by then.  If the Court should rule that it does have jurisdiction in this matter, then they will be defying the intention of the Founders who wrote, and the people that ratified, our Constitution.

“Our Government was launched in 1789 with the adoption of the Constitution.  The Bill of Rights, including the First Amendment, followed in 1791.  Now, for the first time in the 182 years since the founding of the Republic, the federal courts are asked to hold that the First Amendment does not mean what it says, but rather means that the Government can halt the publication of current news of vital importance to the people of this country.”

Will we, the People, tolerate the courts being asked by the Government, once again, “to hold that the First Amendment does not mean what it says“; rather, what the government wants us to believe that it says? 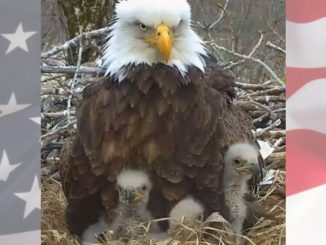 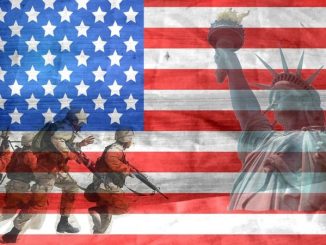 1 Comment on The Long Arm of the Law, or Not?