“BLM Did Not Look Like Yogi Bear” – Bunkerville Update

The main stream media has had very little coverage of Bunkerville trial currently being held in Las Vegas. When they have reported events, they have deliberately left out key facts to skew the reporting. Citizen journalism has become vital in this case.

The Department of Homeland Security (DHS) has stepped up their intimidation of the supporters and protesters outside the courthouse. The citizen journalists filming live reports have been told, again, to move away and not have too large a crowd. They go through this harassment periodically, and again this week.

The trial has taken a slight turn in favor of the defense when they were allowed to put on a few witnesses.

There is a video that the defense intended to put in front of the jury. It showed the BLM officers, including Special Agent in Charge Dan Love, laughing and joking at the “standoff”. This is important because the officers have testified that they were afraid for their lives in the wash. They even had agents break down and cry on the stand.

Defense witness Michelle Arnet was a witness to the events. She watched everything unfold on the bridge, about 100 yards from Eric Parker’s position. She testified to seeing BLM snipers and looking for a hiding place on the bridge if they started shooting.

Arnet said everyone was there to just watch the cows come home, after the Sheriff spoke and made the protest seem calm and legal. Her views of the BLM changed after that.

The prosecution made every attempt to shake her testimony on cross examination. They showed her photos of men in camouflage and asked her if they were scary. She responded that she had camo pajamas, so no, the clothes were not scary. But she did talk about how the BLM, in their riot gear, looked like they just came from Afghanistan.

Arnet was a powerful witness for the defense. She made various comments and responses that strengthened their case, such as stating that the BLM did not look like “Yogi Bear.” She also wanted to know if our public lands were so crowded that this was necessary.

When the prosecutors asked about protesters carrying guns, she asked them “Don’t we still have our Second Amendment rights?” This caused Judge Gloria Navarro to admonish her to only answer the questions. But it was important to remind the jurors of their Constitutionally guaranteed rights, and Ms. Arnet did just that.

The government and the Defense argued more about the videos during the day. The prosecution, with Navarro’s assistance, argued that it is not okay to open carry on Federal land. Navarro made the point that there is a difference between open carry and “brandishing”. Even if guns were never unholstered, or raised, it was considered brandishing in this case. Navarro said that if someone’s hands actually touch their weapons at any time, then it is considered brandishing. However, the government witnesses had claimed previously that the sight of weapons were enough to scare them.

Navarro has previously ruled that there is no time when a citizen can have a weapon near a law enforcement officer and it NOT be assault.

BLM K-9 officer Michael Carpenter testified. His testimony was originally supposed to introduce the body cam footage, yet he said that it was not his body cam. It is still unknown at this time whose footage the defense was given. Prosecutors are not forthcoming in identifying this evidence in discovery.

However, Carpenter was asked about officer’s statements of being in fear for their lives. He was reminded of the officers laughing, joking and making fun of the protesters. He stated that this behavior was a stress-relieving techniques they learned through their training.

FBI informant Greg Burleson is still a defendant in this trial. His attorney, Terrance Jackson, has changed his tactics in the courtroom. Where before he was making his case to separate his client’s actions from the other defendants, he is now actively defending all of those on trial. He previously played the sympathy card for his client’s health issues, but has not mentioned it at all in several days.

Yesterday’s testimony gave the defense some hope. It is too soon to believe that is a strong hope, but the defense team has found a way to introduce some of the crucial evidence in front of the jury. If the jury is paying attention, they should be asking themselves multiple questions by now. 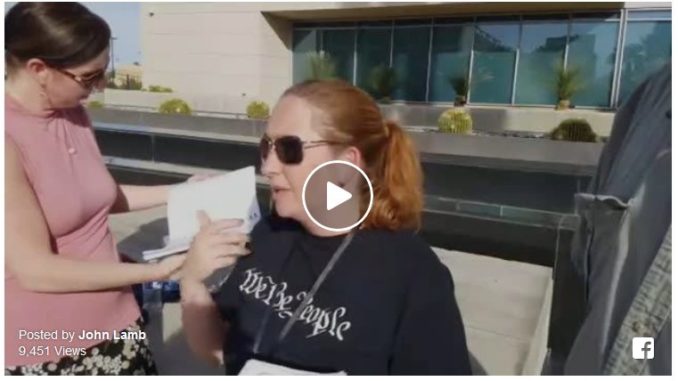 Acquitted “Bundy Defendants” Seek Justice and Over $60 Million in Damages