Sheriff Glenn Palmer of Grant County Oregon came under fire during the Malheur Protest in January 2016 because he talked to some men that were involved in the protest.

There you go, the evil wicked deeds of this Sheriff are exposed!

It is common knowledge that Palmer supports the Constitution of the United States and is well regarded in his county. However, the main stream media has made continuous attacks on him and his character in their attempts to thwart his reelection campaign.

It didn’t work. Palmer won his bid for a 5th term in office.

But the attacks continue.

In particular, the Oregonian and their reporter, Les Zaitz, have been focused on Sheriff Palmer and seemed to lead the charge to discredit him.

Just beginning with the Refuge Protest and since, they have systematically accused him, tried to bury him in paperwork, sued him, publicly ridiculed him, and now are trying to bankrupt him.

Les Zaitz specifically seemed to be on a crusade to discredit Palmer. Most of the articles were written by him and include innuendo and supposition. While the public’s need to know is great, the journalist has a responsibility to show both sides of the issue and focus on the truth.

Oregon standoff: Sheriff’s stance in LaVoy Finicum shooting draws outrage (not by his many supporters)

The Oregonian seeks order stopping Grant County sheriff from destroying emails (Implying that he is doing something illegal?)

Sheriff Glenn Palmer makes his own rules in Grant County (Sheriff Palmer does not follow the law?)

Sheriff Palmer’s use of an ‘army’ of special deputies should be investigated: Editorial (building an army against who?)

These headlines suggest unscrupulous activity by Sheriff Palmer when just the opposite is true. Based on the sheer volume of articles/mentions published by the Oregonian (1360 as of today) Palmer must be making them an enormous amount of money.

But that doesn’t seem to be enough for them. Based on court documents made public, the Oregonian is suing Sheriff Palmer for attorney fees related to a previous lawsuit they filed when they asked for an extraordinary amount of documents in a short period of time.

This is a small sheriff’s office, without the manpower of the larger cities. However, every couple of weeks they would send new requests of massive amounts of research they expected immediately.

I believe in the Freedom of Information Act (FOIA). I believe in the public’s right to know, and transparency in government. I will always jump up and support anyone in their attempts to gain information and report the truth.

But, we are also expected to be reasonable.

1. All emails, received and sent, to your email account of

2. The record of all telephone calls received or sent from

your cell phone of (541) xxx-xxxx. This can be provided by

providing access to your cell phone or by producing printed

call records in which calls relating purely to personal

business may be redacted.

3. The record of the total number of concealed handgun licenses

issued by the sheriff’s office in 2014, including the Oregon county

or state of residence for each issued  license.

4. The record of the total number of concealed handgun licenses

issued by the sheriff’s office in 2015, including the Oregon county

or state of residence for each issued license.

5. The record of the total number of concealed handgun licenses

issued by the sheriff’s office so far in 2016, including the Oregon

county or state of residence for each issued license.

6. The record of every arrest report in which Glenn Palmer was

the primary arresting officer in 2015.

7. The record of crimes reported to the sheriff’s office in 2015,

including the category of crimes and the number of arrests for each crime category.

8. Records of all communications in whatever form between you

and Salvatore “Sal” Cascuccio in any manner regarding concealed

and gun licenses, his role as Grant County special deputy, and his

role in processing CHL applications and permits. This includes

but is not limited to letters, memos, emails and any other record.

9. Records of all communications in whatever form between you and

the Oregon Firearms Federation in any manner regarding concealed

handgun licenses. This includes but is not limited to letters, memos,

emails and any other record.

10. Records of all communications in whatever form between you and

FRED GRANT KELLY, including any attachments, research materials or any other record.

11. Records of all your posts, comments, and other entries from

12. All reports, memos, officer notes concerning the investigation and arrest of

Scott Willingham in March 2016 in Mount Vernon, Oregon. This includes but is

not limited to any memo, note or other record generated by the sheriff and

any video or audio recording of Mr. Willingham’s appearance at the

sheriff’s office prior to his arrest.

the purported contaminated envelope episode in 2015 that triggered a hazmat

response. This includes but is not limited to the record of any worker’s compensation

claim filed by any agent of the sheriff’s office.

14. All emails, received and sent, to Sheriff Glenn Palmer’s

or sent from cell phone of (541) xxx-xxxx for the periods:

Office Policy and Procedure Manual outlines the requirement for such notebook.

WOW! This is a Mountain of paperwork! And they got upset when this small office could not handle their requests in the time frame that they demanded?

Further into the documents, they rationalize their lawsuit by saying:

“…by May 20, 2016 it was apparent that Defendants were either not responding to public records requests, or their responses were inadequate.”

Like the rest of the Liberal media we have watched over the course of this election cycle, these folks were busy stomping their feet and having tantrums just to get their way. They had an agenda and it was very important for them to control the narrative, therefore the election.

When Sheriff Palmer could not, or would not, bow to their demands, they decided to ‘punish’ him into compliance. It began with a lawsuit, then several more ‘slanted’ articles, public exposure of ‘select’ portions of his deposition, and multiple attempts at public humiliation.

When you think about it, this is what Donald Trump dealt with from the media during his campaign, so it seems to be a typical strategy for far-left extremists.

But, since they did not get everything they want, they are now showing their petulance and are demanding about $78,000 to pay their attorneys.

Who do they believe is expected to pay these fees? The county, which means the people through their taxes? Or the Sheriff himself, which would just be designed to bankrupt him?

And it worked! Palmer won his bid by a very comfortable margin. This shows that the county supports his efforts by an easy majority. The faith of the citizens held true and they want their Constitutional Sheriff!

The progressive media are still licking their wounds and wanting to lash out in revenge. That seems to be the entire reason they are continuing their hostility towards this conservative county, through their sheriff. They did not follow what was expected and now they must pay the price?

One wonders how this will ultimately play out for them. Do they believe that these actions will endear the public to them, with their sales revenue and subscriptions increasing? Or will they end up in the box with CNN as a most UNtrustworthy news source?

I believe it is time for the main stream media to learn a few lessons from this historic election cycle. They need to understand the citizenry of this great country. The temporary experiment with Socialism has failed. It is over.

Oregon is considered a liberal state only because of the large city of Portland. The majority of the remaining counties are conservative. This was proven, again, by the recent Malheur Protest Trial in which jurors were selected from all over the state. The jurors did not buy into the leftist agenda of conspiracy, choosing instead to acquit all defendants.

Times have changed and the main stream media have made themselves irrelevant. The public trust has landed squarely in the court of the alternative news outlets. To continue, the liberal extremists must get past their bigotry of conservatives.

It is time to move on. 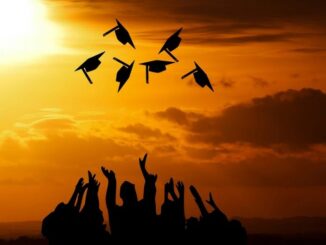 The Effrontery of Frontline “AMERICAN PATRIOT”

8 Comments on Palmer Wins Election Despite the Media Narrative