Alan Littlejohn has announced his intention to challenge incumbent Eric Redman for the District 2 House Seat B in Kootenai County.

Stating that his campaign will focus on individual liberties, property rights and State sovereignty, Littlejohn also says he has a goal to eliminate the grocery tax and reduce or eliminate the state income tax for all Idaho citizens.

The seat is currently held by Eric Redman, who won the seat in 2014 against incumbent Ed Morse.

Littlejohn admits that he campaigned for Redman in 2014, but is disappointed in the Representative’s voting record.

Discussing his reasons for running for State Representative, District 2, Seat B, Littlejohn states:

“We worked very hard 2 years ago to get Eric elected. We thought he would be a great person to represent north Idaho instead of Mr. Morse. In some ways, Eric is, but not in voting for liberty, personal freedom, less government and lower taxes etc. That is why I am seeking the office of State Representative.

I will work to bring fiscal responsibility, transparency and government accountability back to the citizens of Idaho. I would like to see the state manage 20 percent of the currently federally managed lands. This would be a starting point. If you do not know, Idaho has about 1 trillion dollars of natural resources within the state borders and most of that is tied up in the federally managed lands. Access to these resources would allow Idaho to properly fund education and transportation without raising taxes on the people.

I believe that over regulation by the government is hampering economic growth and will work to decrease that regulation.

I believe we should eliminate the grocery tax and reduce or eliminate the state income tax for all Idaho citizens. This money, back in the hands of the citizens will then stimulate the economy as it is spent on goods and services.

I am 53 years old and live in rural Athol Idaho, on a small ranch. I am married to a wonderful wife of 29 years and we have 2 adult children; I am a retired Fire Captain of 29 years. I retired from a small rural fire district in El Dorado County, California. We bought our property in 2003, and moved here permanently in 2007. I have been working to protect private property rights locally since 2012.

With your support, we can get Idaho back as a free and independent state and off the federal dime.”

Article 1 Section 2 Idaho constitution: All political power is inherent in the people

The Republican Liberty Caucus of Idaho PAC (RLCID PAC) has endorsed 22 candidates for the Idaho Legislature for the May 17th Republican Primary. To accept the RLCID PAC endorsement candidates are required to sign the “Liberty Compact” (below). We will be announcing the endorsed candidates as they sign and return their “Liberty Compacts” to us. Please check back often as we add names of endorsed candidates to this list. We will leave this post pinned to the top of this page now through May 17th.

NOTICE: You may be surprised to not see one or more of your favorite legislators on this list of endorsed candidates. That is likely because they do not have a Primary challenger. The RLCID PAC did not consider a candidate for endorsement in the Primary if they did not have a challenger. The RLCID PAC will announce its list of General endorsements sometime after the May 17th Primary. Any candidate endorsed in the Primary is automatically endorsed in the General.

Liberty Compact
“As your elected representative I will work to: Restore liberty, not restrict it; shrink government, not expand it; reduce taxes, not raise them; abolish programs, not create them; promote the freedom and independence of citizens, not the interference of government in their lives; and observe the limited, enumerated powers of our Constitution, not ignore them.” 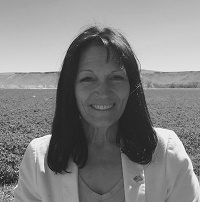 Zito Announces Challenge for Idaho 23A 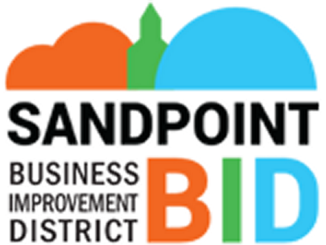