It is being reported by several international news outlets that Father Thomas Uzhunnalil, 56, was executed by crucifixion on Good Friday.

His execution, the same method used by the Romans on Jesus and marked on Good Friday every year, was confirmed at the Easter Vigil Mass by Cardinal Christoph Schonborn of Vienna.

Father Tom was taken by Islamist gunmen on March 4th. He was kidnapped in Yemen during a raid on a nursing home run by Missionaries of Charity. At least 15 people were also killed in this raid.

Four gunmen posing as relatives of one of the guests at the home burst inside, killing four Indian nuns, two Yemeni female staff members, eight elderly residents and a guard.

Although local authorities called it a case of kidnapping, the Franciscan Sisters of Siessen revealed that Father Uzhunnalil was taken as a captive by ISIS. One of nuns, while speaking to a Christian website, claimed that ISIS operatives made contact and informed them about the torture which was being inflicted on the priest.

Father Uzhunnalil was a native of India and had been the object of both prayers and diplomatic efforts since the March 4 raid.

The Vatican’s Secretary of State Pietro Parolin said earlier this month that Pope Francis ‘was shocked and profoundly saddened’ to learn of ‘this act of senseless and diabolical violence.’

In his Easter message to the world on Sunday, Pope Francis condemned terrorism as “a blind and brutal violence,” while proposing that it should be fought with “weapons of love.”

Pope Francis had already honored the four nuns who were killed, and said they are modern-day martyrs and victims of indifference.

The Obama administration has yet to weigh in on the issue, however we do remind ourselves of his comments a couple of years ago about Isis being the “JV Team.” Obama attempted to backpedal this statement after ISIS’s videotaped beheadings of two American journalists.

But, I am reassured that the administration will get to this issue, and make a statement, as soon as, well, you know… Climate Change. 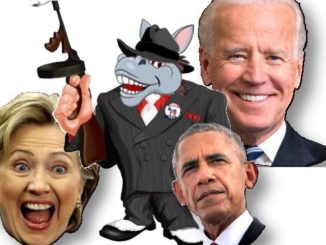