Clagstone Meadows is a project that Stimson Lumber Co. is seeking state approval of funding for under the Idaho Forest Legacy Program. It is supposed to be a conservation easement on about 12,000 acres near Athol, in Bonner County.

The only problem is that they haven’t finished finalizing the project, and they FORGOT to talk to the Bonner County Commissioners about it.

Two of the three Commissioners signed a letter saying they did not support the project because they had not been consulted on the plans.

The letter drew criticism based on procedural questions, so that letter was rescinded at the weekly business meeting Tuesday morning.

Senator Shawn Keough stated that the reason everything was sent back to JFAC was because of the opposition letter from the Bonner County Commissioners. However, now that the letter has been withdrawn, she wants everyone to believe that this means consent, therefore, she wants to make another attempt at pushing this project through.

However, it was made clear by the Commissioners that they were not giving support to the project. They haven’t received all of the documents, some are still in draft form. Additionally, they want public meetings so that the citizens can have their comments on the record.

Has Shawn Keough been taking lessons from Nancy “You-have-to-pass-it-to-know-what’s-in-it” Pelosi? Commissioner Sudick wondered they same thing. How can this be considered consent?

Nearly 100 people showed up to the Bonner County Commissioner weekly business meeting. On the agenda was the letter in question, not the project itself. Even so, Commissioner Kelly gave the public time to speak their mind.

There were a few in favor of the project, mostly the organizations that are a part of it, such as Stimson Lumber, Idaho Fish & Game, etc.

There was a majority, however, that spoke out against Clagstone Meadows Conservation Easement for a variety of reasons, such as why the taxpayers have to pay a private company millions of dollars, with the company retaining ownership, and sellers rights, with the public being given limited access to the property. How about the fact that we have yet to find a Forest Legacy project that allows motorized vehicle access? Will disabled people be locked out on that regulation?

There were many other questions, and cautions, from the public. It was by no means a love-fest for the project.

It does make several folks wonder if Boise is so invested in this project that they are willing to risk what could certainly be costly legal challenges by pushing this through at this premature stage. 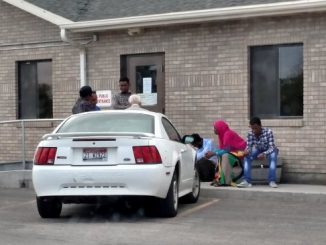 US Attorney Threatens Citizens Over Refugees

Consequences for Any National Healthcare Program

1 Comment on Clagstone Meadows A Hot Bed of Crony Capitalism