Butch, A Letter To the Governor – Lance Earl

I hereby advise you that I have transmitted to the Office of the Secretary of State, with my approval, the following Senate Bill, to wit:

I’m a gun owner, a hunter and a lifetime member of the National Rifle Association. I have consistently championed our citizens’ gun rights throughout my years in public office, and I do so again today in signing Senate Bill 1389 into law.1

However, in considering the implications of this measure I am reminded of the plain language of the Second Amendment: “A well-regulated2 Militia3 4 5 6 7, being necessary to the security of a free State, the right of the people to keep and bear Arms, shall not be infringed.”

While S1389 is consistent with the U.S. Constitution, Idaho values and our commitment to upholding our constitutional protections from government overreach, I am concerned about its lack of any provision for education and training of individuals who choose to exercise the right to concealed carry.8 Such a safeguard would seem to be part of the Second Amendment’s “well-regulated” standard. What’s more, the addition of a simple training requirement in this bill could have addressed the concerns of our valued law enforcement leaders and others who cherish both the shooting culture and the safety of shooters and non-shooters alike.

In the absence of such a provision, I encourage anyone considering concealed carry to take advantage of gun safety training opportunities available from many reputable sources throughout Idaho. I also encourage the Legislature to monitor the exercise of this new law and respond appropriately when and if the lack of statutory education and training requirement undermines public safety.9

The Second Amendment to the United States Constitution states: “A well regulated Militia, being necessary to the security of a free State, the right of the people to keep and bear Arms, shall not be infringed.” The reference to a “well regulated” militia, probably conjures up a connotation at odds with the meaning intended by the Framers. In today’s English, the term “well regulated” probably implies heavy and intense government regulation. However, that conclusion is erroneous.

The words “well regulated” had a far different meaning at the time the Second Amendment was drafted. In the context of the Constitution’s provisions for Congressional power over certain aspects of the militia, and in the context of the Framers’ definition of “militia,” government regulation was not the intended meaning. Rather, the term meant only what it says, that the necessary militia be well regulated, but not by the national government.

As Noah Webster put it in a pamphlet urging ratification of the Constitution, “Before a standing army can rule, the people must be disarmed; as they are in almost every kingdom in Europe.” George Mason remarked to his Virginia delegates regarding the colonies’ recent experience with Britain, in which the Monarch’s goal had been “to disarm the people; that [that] . . . was the best and most effectual way to enslave them.” A widely reprinted article by Tench Coxe, an ally and correspondent of James Madison, described the Second Amendment’s overriding goal as a check upon the national government’s standing army: As civil rulers, not having their duty to the people duly before them, may attempt to tyrannize, and as the military forces which must be occasionally raised to defend our country, might pervert their power to the injury of their fellow citizens, the people are confirmed by the next article in their right to keep and bear their private arms.

I ask, sir, what is the militia? It is the whole people, except for a few public officials.

4 Letters from the Federal Farmer to the Republic”, 1788 (either Richard Henry Lee or Melancton Smith)

The militia, when properly formed, are in fact the people themselves, … all men capable of bearing arms;…

Who are the militia? Are they not ourselves? Is it feared, then, that we shall turn our arms each man against his own bosom? Congress shall have no power to disarm the militia. Their swords, and every other terrible implement of the soldier, are the birth-right of an American … The unlimited power of the sword is not in the hands of either the federal or state governments, but where I trust in God it will ever remain, in the hands of the People.

How we burned in the prison camps later thinking: What would things have been like if every police operative, when he went out at night to make an arrest, had been uncertain whether he would return alive? If during periods of mass arrests people had not simply sat there in their lairs, paling with terror at every bang of the downstairs door and at every step on the staircase, but had understood they had nothing to lose and had boldly set up in the downstairs hall an ambush of half a dozen people with axes, hammers, pokers, or whatever was at hand? The organs would very quickly have suffered a shortage of officers and, notwithstanding all of Stalin’s thirst, the cursed machine would have ground to a halt.

There is an undeniable and inescapable truth. The founders established the militia to defend against the British government which had proven abusive to the natural rights of man. They defended the militia as a bulwark against future usurpation of power by the government they were creating. It is inconceivable that the Founders would have granted federal or state governments any power or authority over their last and most effectual defense of liberty.

It is important to note that Governor Otter and members of the Idaho legislature who aggressively stood in the way of similar bills in this last legislative session and in previous sessions, are the very same who stood in support of S1389. These same individuals do not want this bill. However, in the face of overwhelming public support, led by the Idaho Second Amendment Alliance, they were forced into a corner; and if the bill must be passed, they were willing to stand up and take the credit. These same individuals will seek any excuse to follow the council of Governor Otter and again infringe the God-given right of the people by reestablishing exclusive government control. With regard to training, remember that is was this same legislature who demanded firearms training as a requirement for the enhanced concealed weapons permit. This mandated training called for the firing of 98 rounds of ammunition. There was no proficiency requirement attached. As nearly as I can discern, the only real requirement is that the applicant may not shoot himself as evidenced by the fact that the State of Idaho has not yet issued a permit to a deceased person. An examination of previous works clearly demonstrates that the Idaho State Legislature is grossly unqualified to recommend firearms training of any sort. It is also important to note that they are Constitutionally prohibited as well. 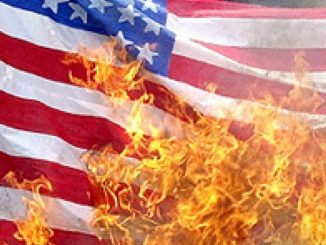 The Plot to Steal America!

Getting to Know Senator Bob Nonini