The Sandpoint Council chambers is usually considered fairly large at 120 capacity. Wednesday night’s meeting had the doors shut with hundreds of people left waiting in the hallways and outside.

With the lion’s share of the comments being against the resolution, the new council members seemed flabbergasted at how to handle the crowd.

They chose to table the resolution until their next regularly scheduled meeting on January 20, 2016.

The public was strongly opposed to the new Mayor Shelby Rognstad’s resolution, with just a handful of comments in favor. Many of the comments came from retired veterans, who attempted to share their experiences with the Islamic people in the Middle East.

I say attempted because Rognstad established at the beginning a ONE minute limit for each comment. He also stated that if anyone did not fill out their request form correctly, it would be assumed they did not want to speak.

Considering the confusion of the evening, this seemed rather harsh.

One the one hand, yes, he had to control the meeting. It was obviously going to run into overtime due to the extremely large crowd. Yet, Rognstad was warned about this potential and could have rescheduled the meeting to a larger venue and better timing. Let’s hope he remembers this in two weeks.

The title of the resolution is “A Resolution Affirming City Council’s Commitment to Human Rights and Non-Discrimination”. Rognstad wrote this in opposition to the Bonner County Commissioners Resolution. Many in the audience felt this was the first step in turning Sandpoint into a Sanctuary City.

Commissioner Glen Bailey, who wrote the original resolution spoke in opposition to the City’s statements. He also offered criticism on the Mayor not allowing questions to be asked of him, forcing the public to make assumptions.

When the motion was made to call for a vote, there were shouts of “recall” as people voiced their frustration at the council not appearing to have heard the audience for the previous hours. At that point, they chose to table the vote until the next meeting. 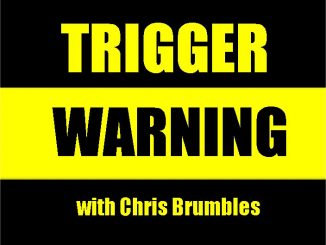