Rick Larsen, a member of the Bannock County Republican Party Executive Committee, is aggressively pushing for a convention of the states. The purpose is to add amendments to the Constitution in hope of making the Federal Government toe the line. He is being backed by U.S. Senator Mike Crapo.

Can anyone give this child even one good reason to not do exactly what he wants?

In fact, we are all parents and it is past time that we start acting like it. The people gave birth to the states and, as such, we are the parent and we hold all the power. The states gave birth to the federal government and, as such, they are the parent and hold power over the Federal Government, provided that we the people allow it. With me so far?

Obama threatened to sign an executive order granting amnesty to illegal aliens. Congress rose up and said that if he did, they would use all their power to kill the order. The petulant child (Obama) signed the order anyway. The foolish parent (Congress) reacted by fully funding Obama’s nonsense while committing to “get him next time”.

Butch Otter initially committed to stand strong against Obama Care and Common Core because the people of Idaho demanded it and because they are both constitutional violations. The petulant child (Obama) threw a fit and threatened to stop the flow of federal money to the state. The foolish parent (Otter) failed to stand his ground and the child won. In this case, Otter was also the petulant child who disregarded the wishes of his parent (the people of Idaho). In response, we failed to stand our ground and the petulant child (Otter) won by being supported by the foolish parents named above and a host of others, equally foolish.

Can anyone give these children even one good reason to honor their parents?

So, if Larsen and Crapo do manage to add an amendment to the Constitution, can anyone give me even one good reason why these disobedient children, Otter and Obama, will suddenly fall in line? We already have a Constitution which binds them. Yet, like spoiled children, they ignore any constitutional principle that disrupts their stubborn selfish agenda. Since they have routinely ignored the Constitution without consequence, how will increasing its length by a few words reform these brats?

In the Kentucky Resolution, Thomas Jefferson said that states have a duty to control the Federal Government by nullifying unconstitutional law. Thereby, insuring that the law is never enforced inside of the respective state.

In the Virginia Resolution, James Madison said that states have a duty to interpose themselves between an unconstitutional federal law and the people of the state. Thereby, protecting the people from the negative affects of a bad law.

Marbury V. Madison is clear: “Thus, the particular phraseology of the Constitution of the United States confirms and strengthens the principle, supposed to be essential to all written constitutions, that a law repugnant to the Constitution is void…”

There you have it. Any law repugnant to the Constitution is void.

The convention of the states is constitutionally authorized, but only to add principles of liberty that were not contemplated by the founders. It was never meant to force a government who hates the Constitution to suddenly love it, because such in not possible.

So where do we begin?

Your County Commissioner, your Sheriff and others have sworn oaths to the Constitution. You, whether you know it or not, have also sworn the same oath. May I suggest the following steps:

Saving the nation really comes down to one thing… your parenting skills. May I suggest that you consider my parenting class, otherwise known as the Constitution Workshop.

Reprinted with Permission. Please check out his page. There are many good articles there. 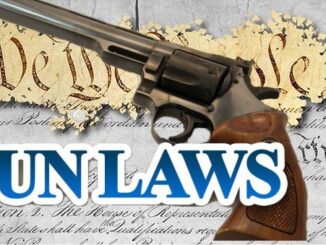